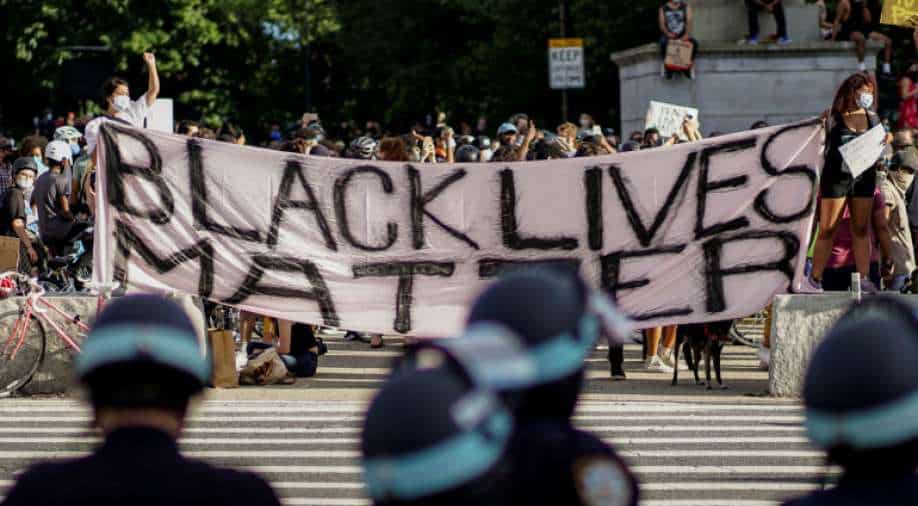 It has been uncovered that Black Lives Matter officials surreptitiously used $6 million in donation money to purchase a 6,500-square-foot property in Southern California. Despite making a video on the home's terrace in May, the firm intended to keep the purchase a secret, according to emails.

According to a report released Monday, Black Lives Matter used donor money to purchase a luxurious Southern California mansion for over $6 million.

According to New York magazine, three social justice figures — Patrisse Cullors, Alicia Garza, and Melina Abdullah — made a video outside the "secretly bought" property to commemorate the one-year anniversary of George Floyd's death.

After The Post's exclusive investigation in April exposed her acquisition of four high-end US houses for $3.2 million, Cullors said she was weeks away from being in "survival mode."

In 2020, Black Lives Matter secretly used $6 million in donations to purchase a lavish 6,500-square-foot mansion in Southern California with seven bedrooms and parking for 20 cars, where leaders have recorded YouTube videos.

Despite three of the organization's former leaders reportedly filming a series of videos dining and drinking champagne outside the estate last spring, news of the 2020 purchase was first reported by New York Magazine on Monday, as the organisation allegedly hoped to keep the house's existence a secret.

Because the sumptuous property is covered by an LLC acquisition, it is unclear where it is located.

According to New York Magazine, it does, however, have more than a half-dozen bedrooms and bathrooms, multiple fireplaces, a soundstage, a pool and guesthouse, and space for more than 20 automobiles.

The disclosure comes as the foundation is under investigation by the federal government for alleged mismanagement of contributed cash, and it follows considerable condemnation of BLM co-founder Patrisse Cullors, who quit in May when it was revealed she had spent millions on a string of expensive residences.