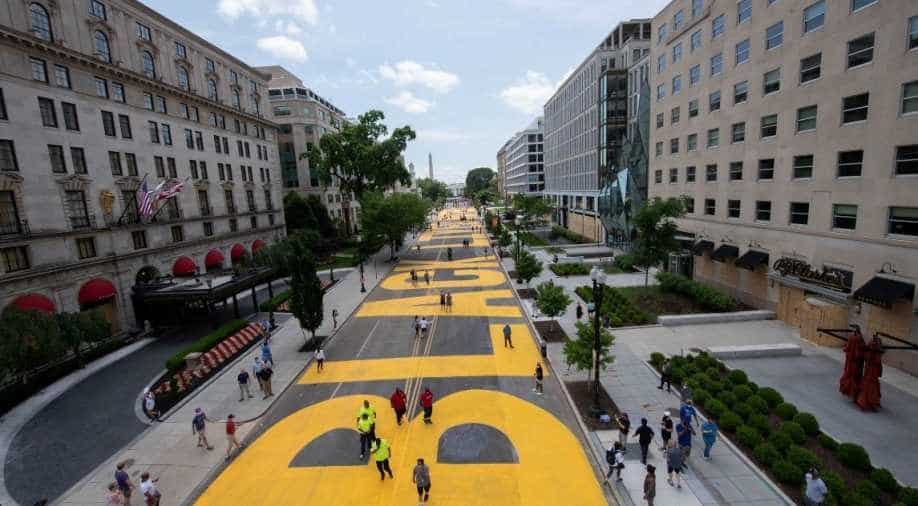 A Black lives matter sign is painted on a street, during nationwide protests against the death in Minneapolis police custody of George Floyd, in Washington, D.C., June 5, 2020. Photograph:( Reuters )

A massive "Black Lives Matter" mural was painted in yellow letters on a street near the White House on Friday, ahead of expected large demonstrations on Saturday to protest racism and police brutality in the United States.

The huge mural occupies two blocks on the capital's 16th Street. The city of Washington D.C. cleared the street so muralists could complete the work.

Using rollers and buckets of yellow paint, with brushes to finesse the edges of the letters, dozens of men and women, of different races and ages - some wearing roller blades, some work boots - painted the street. Many were sweating under the warm Washington sun.

The death of George Floyd, a black Minneapolis man who died on May 25 after a white police officer knelt on his neck, has convulsed the country. As well as massive demonstrations and violent clashes with police in the biggest cities, hundreds of spontaneous demonstrations have popped up in little towns and rural areas across the nation in recent days.