Bhutanese twins in stable condition after surgery in Australia 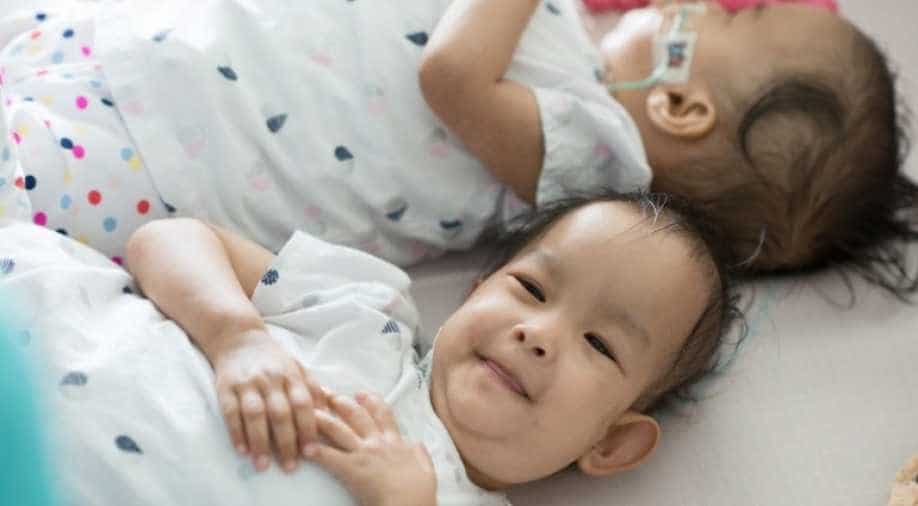 The team of more than 20 doctors and nurses spent six hours operating on the pair, who shared a liver, on Friday and said the following two days would be critical to their recovery.

Conjoined Bhutanese twins successfully separated by a team of Australian surgeons are in a stable condition and recovering together in the same cot after their marathon surgery in Melbourne, officials say.

Fifteen-month-old Nima and Dawa -- whose names mean "Sun" and "Moon" -- and their mother Bhumchu Zangmo, arrived in Australia a month ago with the help of an Australian charity, but doctors had delayed the surgery to ensure the twins were well-enough nourished to survive the operation.

The team of more than 20 doctors and nurses spent six hours operating on the pair, who shared a liver, on Friday and said the following two days would be critical to their recovery.

A spokeswoman of Melbourne's Royal Children's Hospital said Saturday both were "in a stable condition" and recovering in a ward.

The twins were placed in separate beds after the procedure, but after waking up, they reached out for each other and a decision was made to put them in the same cot, Melbourne's Herald Sun newspaper reported Saturday.

The head of the charity Children First Foundation which raised money to bring the family to Australia said she was thrilled to see the twins so healthy.

"Nima lay on her back which was something she has never been able to do, but she reached out to find her sister... and Dawa has still been wrapping her leg around Nima," CFF chief executive Elizabeth Lodge told the Herald Sun.

"In a moment when they were both unsettled it was each other they reached for. Both of them independently did it.

"Seeing them reaching for each other is just heartwarming. The separation is not the biggest thing, it is just seeing them doing so well."

The hospital is expected to release updates on the twins' conditions over the next few days.

Bhutan is a poor Himalayan kingdom where doctors did not have the expertise to separate the girls, who were joined from the chest to the waist.