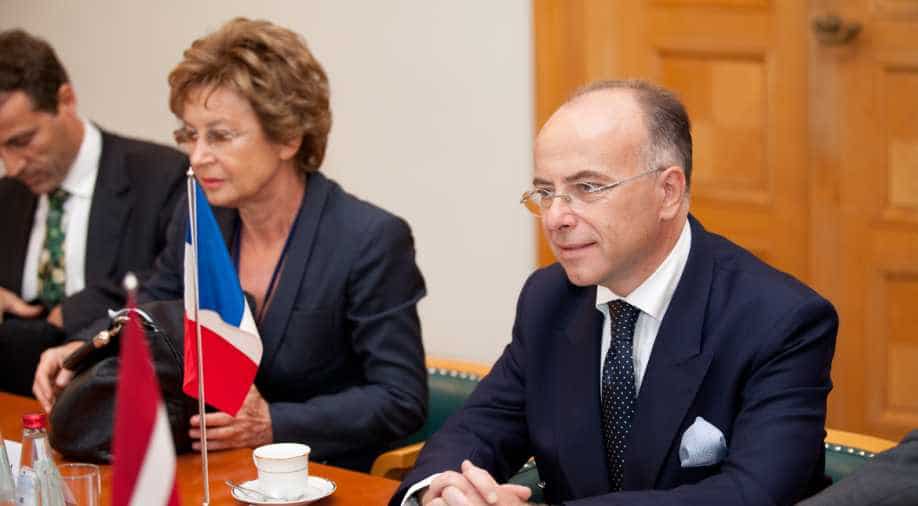 In a combative speech, the 54-year-old Valls vowed to take the fight to the conservative opposition and the far-right National Front, who are both ahead of the Socialists in the polls. Photograph:( Others )

French interior minister Bernard Cazeneuve was appointed as the new prime minister on Tuesday after Manuel Valls resigned to seek the Socialist nomination in next year's presidential election.

Cazeneuve, who has overseen the security forces' reaction to a string of jihadist attacks that have killed more than 230 people in France over the past two years, will take control of the Socialist government until May's election.

Valls, who had been prime minister for the past two and a half years, announced on Monday he would step down to try to rally the fractured French left ahead of a primary in January.

In a combative speech, the 54-year-old Valls vowed to take the fight to the conservative opposition and the far-right National Front, who are both ahead of the Socialists in the polls.

His announcement came four days after Hollande said he would bow out after a single term, paving the way for Valls to try to become the left's new standard bearer.

"My candidacy is one of reconciliation," Valls, himself a former interior minister, said in a speech from his political base in the tough Paris suburb of Evry.

He warned of the risk of far-right leader Marine Le Pen pulling off a repeat of France's 2002 electoral upset when her father Jean-Marie Le Pen edged out the Socialist candidate for a place in the presidential runoff.

Polls show Marine Le Pen winning or coming second in the opening round of the election on April 23 but being defeated by the conservative candidate Francois Fillon in May`s second round.

Valls attacked the self-declared Thatcherite Fillon, accusing him of rehashing "the old recipes of the 1980s" by promising to cut spending and social programmes.

"We're told that Francois Fillon is the next president of the Republic. Nothing is set in stone," he said defiantly.The Barcelona-born Socialist is a polarising figure.

Many on the left see him as too rightwing after he used decrees to force through labour reforms and called for dual-national terror convicts to be stripped of their French nationality.

His stern line on secularism and Islam has also turned off many lifelong Socialists, with some party veterans saying they might not support him.

Last summer, he waded into the debate on the Islamic "burkini", declaring the full-body swimsuit "not compatible" with French values.

But the blackest mark on his candidacy could be his government`s bleak economic record.

Le Pen has dismissed him as the unpopular Hollande's "double".

Valls faces a challenge from at least seven other candidates in the two-round primary on January 22 and 29.

Polls show him winning the nomination but trailing in the presidential race, dragged down by competition from business-friendly former economy minister Emmanuel Macron, an independent, and the fiery hard-left Jean-Luc Melenchon.

When Valls last sought the Socialist nomination five years ago, he garnered only 5.6 per cent.