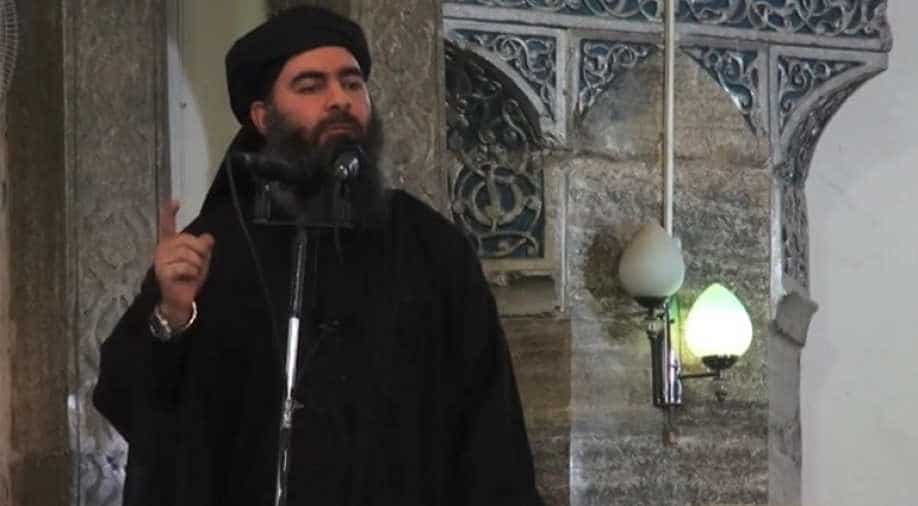 Baghdadi`s health is unknown, but the Pentagon said six weeks ago that he was still alive and leading IS as it tries to defend the remnants of its crumbling 'caliphate'. Photograph:( AFP )

In November 2014, rumours circulate that Baghdadi has been wounded or killed in air strikes targeting a rally of IS leaders in Mosul, Iraq. The Pentagon says it is unable to confirm the reports.

The Islamic State supremo Abu Bakr al-Baghdadi, who President Donald Trump on Sunday confirmed was killed during a US military operation in Syria, had been announced dead several times since 2014. Here is a recap:

In November 2014, rumours circulate that Baghdadi has been wounded or killed in air strikes targeting a rally of IS leaders in Mosul, Iraq. The Pentagon says it is unable to confirm the reports.

On November 13, the jihadist group seeks to scotch the rumours, releasing an audio recording it says is of Baghdadi.

In October 2015, Iraqi forces claim to have struck a convoy carrying Baghdadi in an air raid near the Syrian border but say his fate is unknown. Local former security personnel reportedly say he is "seriously wounded", but IS releases an audio message on December 26 purporting to be the leader.

On June 16, 2017 the Russian army says it is seeking to verify whether Baghdadi was killed when its warplanes hit the group's leaders in a night raid in Syria in May. Washington, which has a bounty of $25 million on the leader's head, does not confirm the reports.

In July that year, the Britain-based Syrian Observatory for Human Rights says it has information from IS leaders in Deir Ezzor province who have "confirmed" the death of Baghdadi.

On August 31 2017 a senior US general says Baghdadi is probably still alive and likely hiding in the Middle Euphrates River Valley that stretches from Syria to Iraq.

The last apparent video of Baghdadi, nicknamed "The Ghost", is released by IS in April this year, the month after the fall of the self-proclaimed IS "caliphate". It is Baghdadi's first purported appearance in five years.