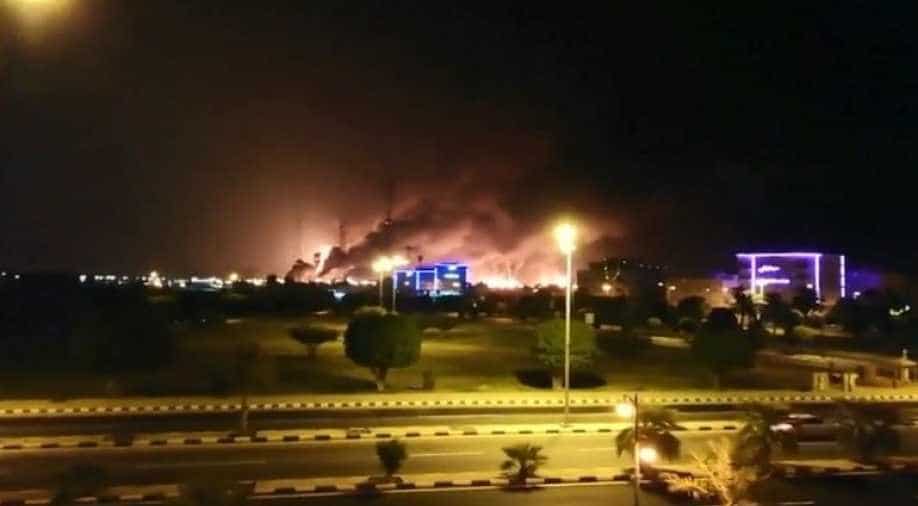 Saudi officials said the missile on display, which had what appeared to be a jet engine attached to it, was a land-attack cruise missile that failed to explode.

Saudi Arabia has said that strikes on its oil infrastructure were originated from "north" and were "unquestionably" sponsored by Iran.

Riyadh said that the attack was a deliberate attempt to "disrupt" the global economy.

Addressing a press conference in Riyadh on Wednesday, Spokesperson of Defence Ministry Colonel Al-Malki presented information confirming the Iranian role in the sabotage act which targeted the most important site in the world as it is the most important source of oil production, saying that "since the beginning of the Iranian coup in the region, we have seen a remarkable growth in the Iranian aggression against the Kingdom. This aggression is revealed throughout history."

"I will focus on two main parts of our findings regarding the initial investigations with the partners. First, this attack was not carried out from Yemen as the Houthis claimed. Second, this attack is originated from the north and undoubtedly was supported by Iran. All the evidence, in our presentation before you, leaves no doubt about the Iranian role in the sabotage," he affirmed.

Saudi officials said the missile on display, which had what appeared to be a jet engine attached to it, was a land-attack cruise missile that failed to explode.

Riyadh admission that the attack was carried out by Iran came at a time when US Secretary of State is visiting the country.

During his meeting with Crown Prince Mohammad Bin Salman (MBS) and expressed support for the Kingdom's right to defend itself.

The drone attack on oil facilities in Saudi Arabia was claimed by Yemen's Houthi rebels, backed by Iran. The attack took place on Saturday escalating tensions in the region.

Iran has denied involvement and warned the United States it would retaliate "immediately" if targeted over the attacks.

"The press conference proved that Saudi Arabia knows nothing about where the missiles and drones were made or launched from, and failed to explain why the country's defence system failed to intercept them," an adviser to Iran's President Hassan Rouhani Hesameddin Ashena wrote on Twitter.