Attack on ex-spy in UK: US, Europe expel over 100 diplomats, Putin expected to react soon 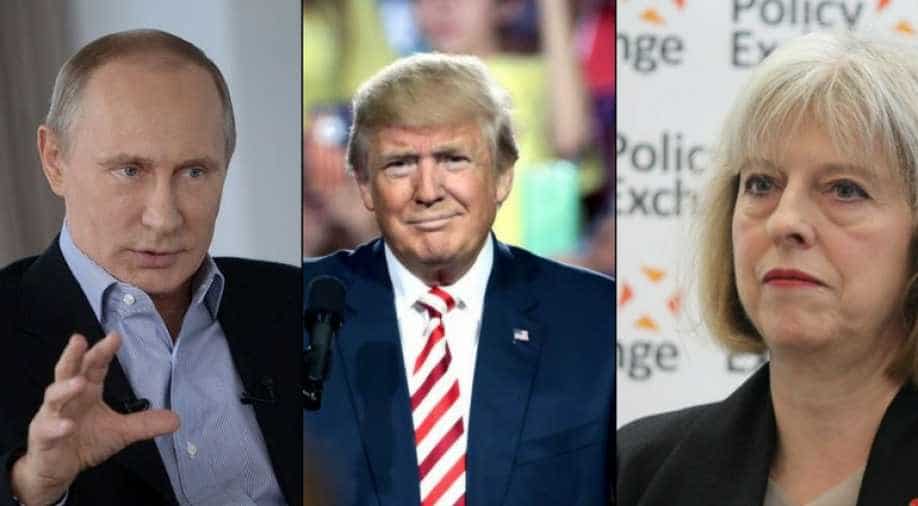 The United States and its European allies have expelled more than 100 Russian diplomats over the nerve agent attack on UK soil.

Many nations have shown solidarity after Theresa May last week accused Russia of being responsible and ordered 23 of its diplomats to leave the country.

EU leaders agreed last week it was highly likely Russia was behind the nerve-agent poisoning.

"We welcome today's actions by our allies, which clearly demonstrate that we all stand shoulder to shoulder in sending the strongest signal to Russia that it cannot continue to flout international law," a statement from Mrs May's office said.

Foreign Secretary Boris Johnson said the "extraordinary international response by our allies stands in history as the largest collective expulsion of Russian intelligence officers ever".

The US action is also the biggest move against Russia since the Cold War era and the hostilities with the then Soviet Union.

The Russian foreign ministry said the moves demonstrated a continuation of a "confrontational path".

"It goes without saying that this unfriendly act by this group of countries will not go without notice and we will react to it," its statement said.

Why are they doing it?

President of the European Council Donald Tusk said 14 EU states had decided to expel Russian diplomats as a direct result of a meeting, held last week, about the Salisbury poisoning.

"Additional measures, including further expulsions within this common EU framework, are not to be excluded in the coming days and weeks," he said.

The US state department said in a statement: "On March 4, Russia used a military-grade nerve agent to attempt to murder a British citizen and his daughter in Salisbury.

"This attack on our Ally the United Kingdom put countless innocent lives at risk and resulted in serious injury to three people, including a police officer."

It called the attack an "outrageous violation of the Chemical Weapons Convention and breach of international law".

The US is expelling 48 envoys at the Russian embassy in Washington and 12 more at the UN in New York. It will also order the closure of the Russian consulate in Seattle.

Here is a list of the countries and the number of Russians expelled.

The United States expelled 60 alleged "spies" posted around the country and at the Russian mission to the United Nations.

It also closed the Russian consulate in Seattle over alleged spying at the nearby Kitsap submarine base and Boeing.

The retaliation against Moscow was taken "in response to Russia's use of a military-grade chemical weapon on the soil of the United Kingdom," White House press secretary Sarah Sanders said.

"Additional measures including further expulsions are not to be excluded in the coming days and weeks," EU President Donald Tusk said.

Britain itself has already kicked out 23 Russian diplomats, with Moscow retaliating with a tit-for-tat move.

President Petro Poroshenko called for even more action to be taken.

"The next step is to increase the price that Moscow has to pay for its international crimes, including the strengthening of personal, financial and economic sanctions," he said.