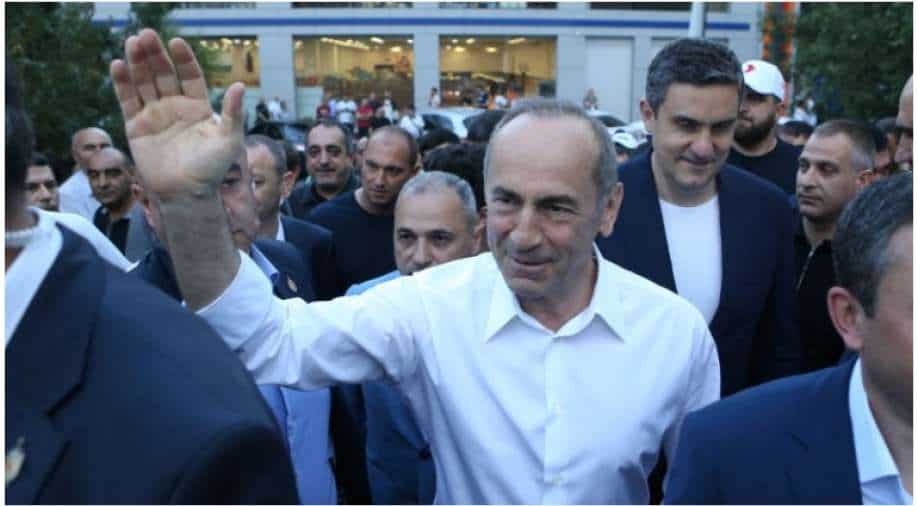 At least 20,000 supporters of Armenia's opposition candidate Robert Kocharyan rallied in his support in Armenian capital Yerevan on Friday. Armenia is to hold snap parlimentary elections this weekend.

The snap election has been called by Armenia's acting Prime Minister Nikol Pashinyan to resolve political crisis that started after Armenia's disasterous war with Azerbaijan over Nagorno-Karabakh.

Opinion polls have shown that its a neck-and-neck fight.

This demonstration came just a day after about 20,000 people turned out to support Pashinyan.

The rally for Kocharyan, who was in power between 1998 and 2008 and counts Russian leader Vladimir Putin among his friends, was the last campaign event ahead of the snap parliamentary elections on Sunday.

Many at Friday's rally said they could no longer trust Pashinyan, who came to power in 2018 on pledges to oust old elites but led the small South Caucasus country into a war with arch-enemy Azerbaijan that claimed more than 6,000 lives.

"We lived well when Kocharyan was president," said one supporter, Emma Khachaturyan, 50. She was quoted by news agency AFP.

"Pashinyan is a traitor," she added, referring to the prime minister's controversial agreement that ceded swathes of territory to Azerbaijan after the six-week conflict over the breakaway region of Nagorno-Karabakh last year.

Mger Palyan, a 47-year-old businessman, said Kocharyan, a dollar millionaire who hails from Karabakh, understood the needs of the army.

"I was in the army when he was president. He always worked and was true to his word," Palyan said.
A poll released Friday by MPG, a polling group affiliated with Gallup International Association, showed Kocharyan's bloc leading narrowly with 28.7 percent to 25.2 percent for Pashinyan's party.