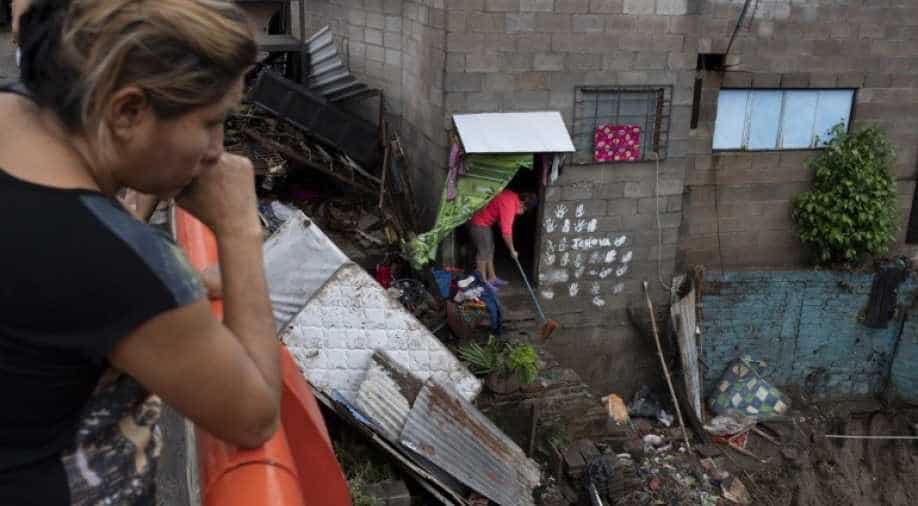 El Salvador witnessed all the fatalities and its President Nayib Bukele declared a state of emergency for 15 days.

Carolina Recinos, a top cabinet official, said that one person is reported missing.

The tropical storm, which weakened and now moved into Guatemala, caused massive floods and power failures.

In the capital, San Salvador, 50 homes were damaged due to heavy rains and strong winds, while 23 vehicles fell into a sinkhole, Mayor Ernesto Muyshondt said.

"We are experiencing an unprecedented situation: one top-level emergency on top of another serious one," Muyshondt said, referring to coronavirus pandemic causing trouble before storm Amanda.

In some flooded regions, military men helped emergency personnel to carry out the rescue operation.

"We lost everything, we've been left with nowhere to live," said Isidro Gomez, a resident of San Salvador said, reported AFP, after his home was destroyed by an overflowed river.

Mariano Ramos, another victim of the same city, said that in morning residents of his neighbourhood faced an avalanche of mud and water. Officials said an elderly man was killed in the neighbourhood.

El Salvador's environment ministry warned people of the "high probability" of multiple landslides of rocks and debris that could damage buildings and lead to injury or loss of lives.

In neighbouring Guatemala, officials informed about the road blockages because of at least five landslides and some flooding was reported.

However, no evacuations is underway as of now.