Armenia-Azerbaijan conflict can threaten oil supply in the region 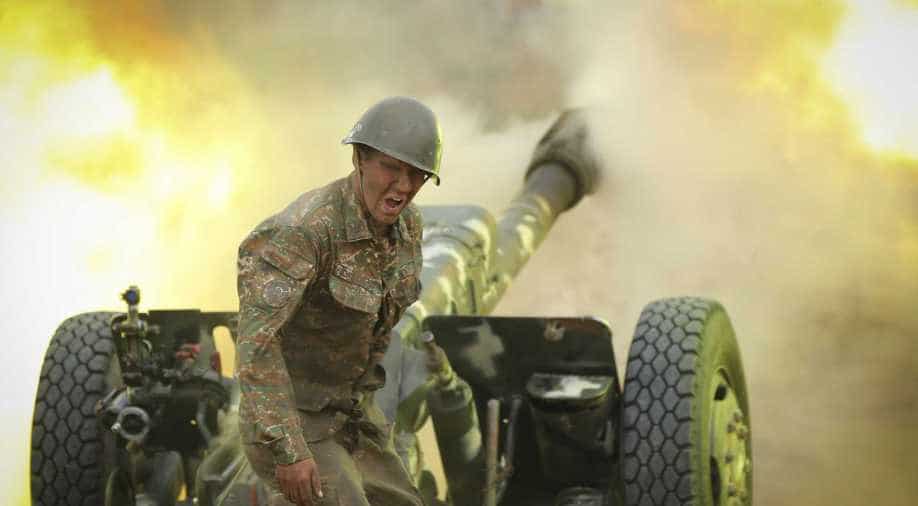 The Baku-Tbilisi-Ceyhan crude pipeline is Azerbaijan's main oil artery to world markets. The South Caucasus gas pipeline supplies to Turkey and European countries. If the fighting continues there could be disruptions.

Azerbaijan is a country with Muslim majority while Armenia has Christians. The disputed region has ethnic Armenians but it's seen as part of Azerbaijan. Hostilities escalated almost a week ago.

Azerbaijan's army is firing artillery shells at Armenia. Missiles are taking down drones. The pictures ane footages obtained from Agdam area inside the conflict zone give us an idea of how serious the situation is. There is a risk of a major conflict at the crossroads of Asia and Europe.

On Friday, Armenian President Dr Armen Sarkissian told WION that Turkey was the creator of this conflict.

What is Armenia-Azerbaijan clash all about?

Nagorno-Karabakh is a region four times the size of Delhi. It falls in Azerbaijan but Armenia stakes claim on it. Nagorno-Karabach has been part of Azerbaijan's territory since the Soviet era and that's how the world recognises it today.

This region has been under de-facto Armenian control since the early 1990s. The territory itself declared independence from Azerbaijan in 1991. Armenia supported the region politically and militarily. But it hasn't recognised Nagorno-Karabakh as an independent. Both countries have fought over this region for nearly a century now. 30 thousand people died between 1991 and 1994.

In 1994, Russia brokered a ceasefire. It was violated In the years that followed. There was a sporadic exchange of fire.

But the current flare-up is more serious. It began on September 27. Both countries have proclaimed Martial Law.

Reports say, it began when Azerbaijan tried to reclaim some territories that are in Armenian hands. The fighting hasn't stopped and both sides have refused to hold a dialogue to end hostilities.

There are two reasons why this can be dangerous to the world.

One, the conflict can become a proxy battle for Turkey and Russia

Two, This conflict could disrupt crucial oil and gas supplies. The conflict is getting worldwide attention because of Russia and Turkey's involvement. The Russians back Armenia while Turkey supports Azerbaijan.

Turkish President Erdogan is even raising the spectre of war while the world is appealing both nations to ceae hostilities.

Erdogan has called Armenians invaders. He even said that if Azerbaijan wanted to fight, Turkey would support it.

"As a matter of fact, the clashes that began with the attacks on Azerbaijan by Armenians who occupy Nagorno-Karabakh, is a concrete example of this (the potential of a new flare-up in Caucasus). Once again, I would like to reiterate from here that we stand by our Azeri brothers in their fight to liberate their occupied lands and protect their homeland," said Erdogan.

Russia and Turkey have found each other on opposite sides again. Both countries already support rival factions in Syria and Libya.

The Baku-Tbilisi-Ceyhan crude pipeline is Azerbaijan's main oil artery to world markets. The South Caucasus gas pipeline supplies to Turkey and European countries. If the fighting continues there could be disruptions.

The conflict between the two countries is often referred to as a 'frozen conflict'. We are witnessing worst fighting in decades. Global concerns are mounting. Risk of a full-blown war now looks real.