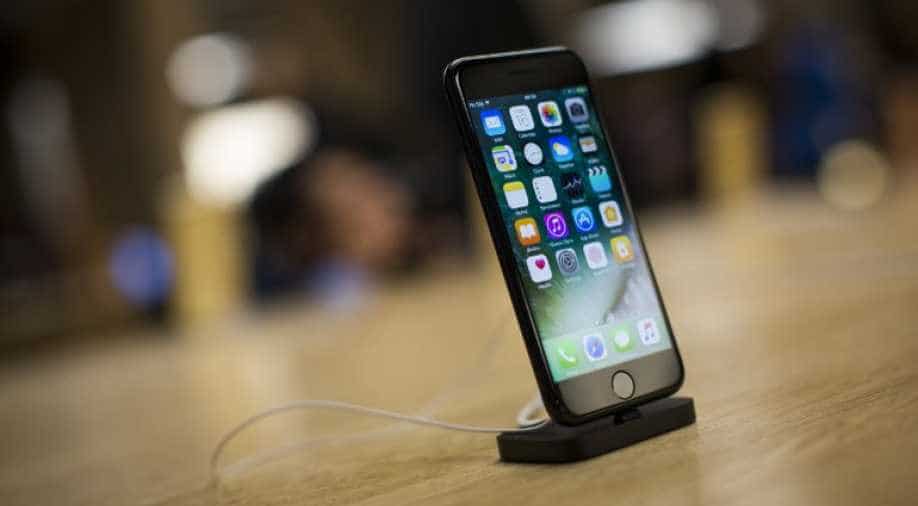 "The panel reversed the dismissal for lack of statutory standing of an antitrust complaint alleging that Apple, Inc., monopolised and attempted to monopolise the market for iPhone apps," the US Court of Appeals for the Ninth Circuit said. Photograph:( AFP )

A US appeals court on Thursday revived a civil suit accusing Apple of creating a monopoly by making its App Store the only place to buy iPhone applications.

The suit, initially filed in late 2011, seeks hundreds of millions of dollars in damages based on the reasoning that the lack of competition pushed app prices higher.

An appellate court panel in San Francisco reversed a lower court judge's decision to derail the suit on the grounds iPhone owners were doing business with app creators and not Apple at the online shop.

"The panel reversed the dismissal for lack of statutory standing of an antitrust complaint alleging that Apple, Inc, monopolised and attempted to monopolise the market for iPhone apps," the US Court of Appeals for the Ninth Circuit said in a written ruling.

"The panel held that the plaintiffs were direct purchasers of iPhone apps from Apple, rather than the app developers, and therefore had standing to sue."

The ruling gave a green light for the suit to resume, paving the way for a potential big-money payout or even an open market for apps for Apple devices.

Apple launched the iPhone in 2007, creating a walled garden into which only applications approved by the California-based company were permitted. A year later, Apple launched the App Store as an online shop for apps and other content for iPhones, with the company getting to approve offerings and taking 30 per cent of the price of what third-party developers sold there.

In the motion that got the case dismissed, Apple had argued that iPhone owners were doing business with app makers and therefore lacked the standing to sue the company in the matter.

However, the appellate panel ruled that Apple "is a distributor of the iPhone apps, selling them directly to purchasers through its App Store".

"Because Apple is a distributor, Plaintiffs have standing under Illinois Brick to sue Apple for allegedly monopolising and attempting to monopolise the sale of iPhone apps," it said.

The iPhone's launch a decade ago under Apple's late co-founder Steve Jobs set the stage for mobile computing and an entire industry revolving around it. The company has since been working to make more money from services and apps.

The iPhone maker said its App Store had its busiest single day ever on New Year's Day, capping a record-breaking holiday season for the online shop.

Since the App Store launched in 2008, developers have earned more than $60 billion from software creations tailored for Apple devices, the company says.

No dialogue for now as Saudis, Iranians camp on positions