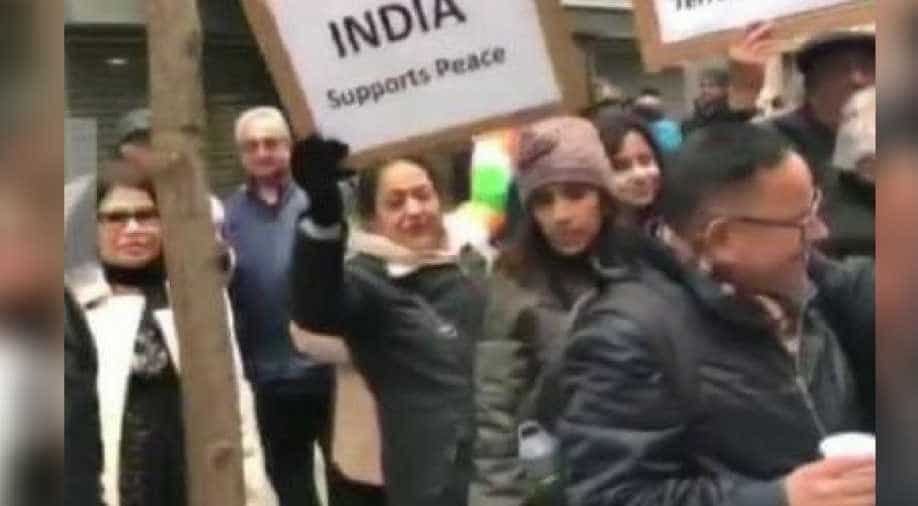 Clashes erupted outside the Indian High Commission in London on Friday evening as Lord Nazir Ahmed, a pro-Pakistan peer in the House of Lords attempted to hold a "black day" protest, which was vehemently countered by many Indian and British groups.

The Pakistan-backed 'black day' campaign, which coincides with India's Republic Day and took place outside the Indian High Commission in the heart of Central London, aimed at highlighting the "oppression in India".

Hundreds of demonstrators led by Lord Nazir called for independence for Kashmir as well for Khalistan. They were met by an equal number of counter-protesters and soon scuffles broke out, leading to police intervention.

The counter-protesters questioned Lord Nazir on how he was making a mockery of the British system by openly playing Pakistan's game.

Lord Nazir is a highly controversial figure with a string of scandals, including a conviction for dangerous driving and being ousted from the Labour Party for his anti-Semitic views as well as his perceived sympathy towards radical Islamists.