Al-Qaeda can gain from Trump strikes on Yemen: ICG 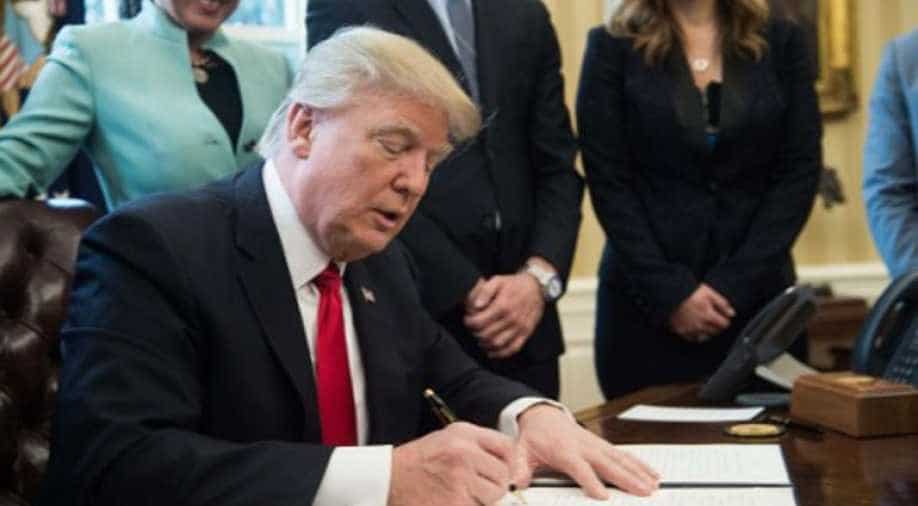 With its key role in regional politics, Trump's White House also stands to impact efforts to find a political solution to Yemen's conflict Photograph:(AFP)
Follow Us

Al-Qaeda is gaining ground in Yemen and could benefit from military actions like the deadly raid by elite US forces ordered by President Donald Trump, the International Crisis Group warned Thursday.

"The Yemeni branch of Al-Qaeda is stronger than it has ever been," ICG said in a report documenting the spread of Al-Qaeda in the Arabian Peninsula (AQAP).

"The first military actions by the Trump administration in Yemen bode poorly for the prospect of smartly and effectively countering AQAP," read the report, released after Sunday's US air raid in central Yemen.

While Washington has said at least 14 suspected jihadists and one US Navy SEAL were killed in the strike, ICG said the death toll included "many civilians, including at least 10 women and children".

The think-tank warned that strikes like the January 29 raid on Baida province could increase fear of or even hostility towards the United States among civilians, providing fertile ground for recruitment by AQAP.

"The use of US soldiers, high civilian casualties and disregard for local tribal and political dynamics... plays into AQAP's narrative of defending Muslims against the West and could increase anti-US sentiment and with it AQAP's pool of recruits," said the Brussels-based ICG.

With its key role in regional politics, Trump's White House also stands to impact efforts to find a political solution to Yemen's conflict which has killed more than 7,400 people since March 2015, according to the World Health Organisation.

"These efforts will be imperilled if states interested in fighting AQAP and Yemen's nascent Islamic State (IS) branch, such as the US, take military actions that ignore the local context... or fail to restrain partners who tolerate or even encourage AQAP/IS activities," added the 35-page report.

Saudi Arabia, which intervened militarily two years ago in Yemen to support the government, is a key regional ally of the United States, which regards AQAP as Al-Qaeda's most dangerous branch.

Washington is also facing questions on whether an eight-year-old American girl was killed in the raid.

Local sources say the girl was the daughter of senior Al-Qaeda cleric and US citizen Anwar al-Awlaqi, killed in a 2011 US drone strike.

Under Trump's predecessor Barack Obama, the US dramatically increased its use of drone strikes against suspected jihadists in Yemen.

The Pentagon said Monday that "a lot of female combatants" were caught up in Sunday's battle. Women were among the fatalities, it said, declining to specify whether children were also killed.

The death toll was still being evaluated, it said.

On the ground, a Yemeni provincial official gave a toll of 41 suspected militants and 16 civilians killed, eight of them women and eight children.

The US raid was said to have targeted the houses of three tribal chiefs linked to Al-Qaeda.

The provincial official said Apache helicopters also hit a school, a mosque and a medical facility which were all used by Al-Qaeda militants.

AQAP said in a statement that 30 people died in the raid -- "only women and children... with some tribal leaders who have no connections" to the group.

The conflict in Yemen escalated two years ago when a Saudi-led Arab coalition launched air raids against Iran-backed Shiite Huthi rebels, who had taken over the capital and seized swathes of the country's centre and north.

The war has allowed both AQAP and IS jihadists to gain ground in the impoverished nation.

The United Nations estimates over three million people have been displaced since fighting between the Huthis and pro-government forces broke out in 2014.

The Arab world's poorest country now faces a major humanitarian crisis, with one and a half million children suffering severe malnutrition.