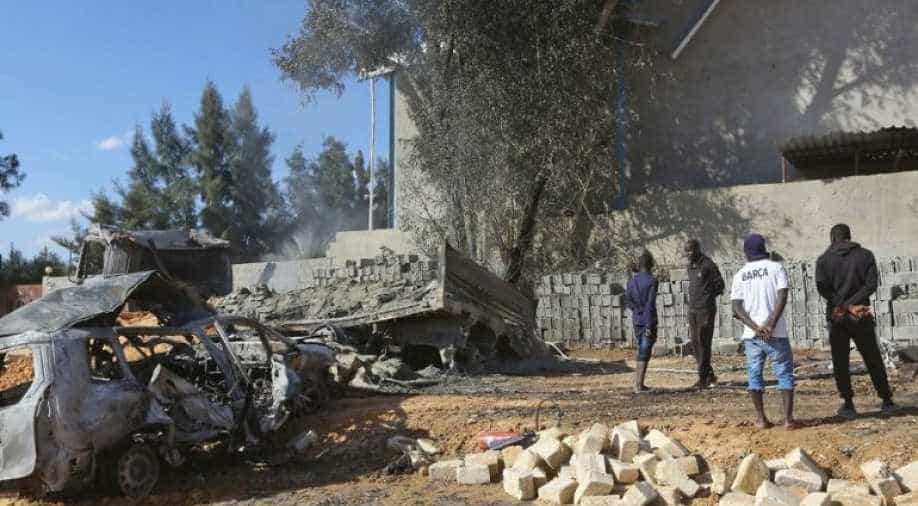 At least five civilians were killed and 10 wounded in overnight airstrikes in a suburb of Libya's capital, the unity government's health ministry said on Monday.

"Violent air raids on the residential area of al-Swani killed five civilians and injured 10 others, some of them seriously," said spokesman Amin al-Hashemi.

Hashemi reported major damage after the strikes on al-Swani, some 25 kilometres south of central Tripoli. He said there was no military infrastructure in the area.

Tripoli has seen months of deadly fighting since eastern-based military strongman Khalifa Haftar launched an April offensive to seize the capital from armed groups backing the internationally recognised Government of National Accord (GNA).

The GNA said "Emirati drones" backing Haftar had carried out the overnight strikes, saying a woman and a child were among the dead.

The United Arab Emirates has backed Haftar in his campaign against pro-GNA groups, which Haftar's forces refer to as "terrorists".

Haftar's self-styled Libyan National Army has not yet claimed the overnight strikes.

Since the fall and killing of longtime dictator Moamer Kadhafi in 2011 in a NATO-backed uprising, Libya has been torn apart by violence between multiple armed groups, many of them backed by foreign powers.

The UN Security Council on Monday renewed its calls for a ceasefire in Libya, and urged foreign actors to honour an arms embargo on the country -- which Jordan, Turkey and the United Arab Emirates have regularly violated, according to a confidential UN report seen by AFP last month.

"The Members of the Security Council stressed the need for all parties urgently to de-escalate the situation and to commit to a ceasefire," read a joint declaration issued following several days of negotiations.

The 15-member council called on all states "not to intervene in the conflict or to take measures that would exacerbate the conflict," the text added, calling for "full compliance" with the arms embargo imposed in 2011.

At least 200 civilians and more than 2,000 fighters have been killed since the start of Haftar's assault on Tripoli, according to the United Nations. The fighting has also displaced some 146,000 people.