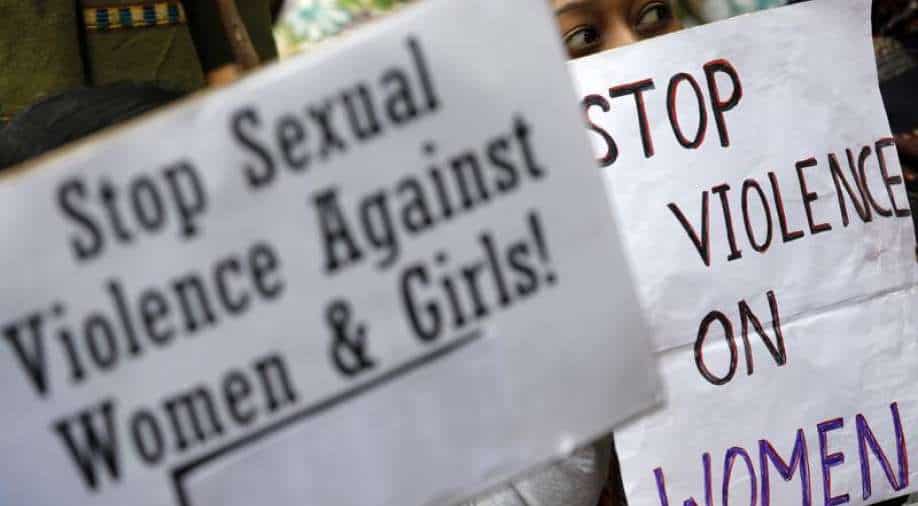 Near the front of the colonial-era building that serves as the president's offices, activists wrote: "Victims of Femicide" in huge letters across the top of the barriers, with the names of many women scrawled underneath

The names of women victimised by violence were painted on metal barriers hastily erected around Mexico's national palace late on Saturday, ahead of a major women's march as activists turned the fencing into a makeshift billboard for their movement.

Near the front of the colonial-era building that serves as the president's offices, activists wrote: "Victims of Femicide" in huge letters across the top of the barriers, with the names of many women scrawled underneath.

A day earlier, President Andres Manuel Lopez Obrador described the barrier as a needed tool to avoid provocation and protect the historic building from vandalism ahead of Monday's planned march on International Women's Day.

On Sunday, the leftist leader insisted that he had always believed in equality in a video he posted on social media, in which he also lashed out at those he described as conservative critics, who aim to attack his government.

"I'm not a male chauvinist. I'm in favour of the rights of women," he said, pledging never to repress the free assembly of protesters.

Similar metallic barriers were erected around the nearby orange-domed Fine Arts Palace, including its towering bronze sculptures, as city officials announced plans to deploy police downtown to protect marchers as well as the monuments, including some 2,000 female police officers.

"Our struggle has names," Marisol Clava, an academic, wrote in a post on Twitter, along with photos of the names written on the national palace barriers.

Last year, at least 939 women were victims of femicide, the term used for homicides that deliberately target women, according to government data.