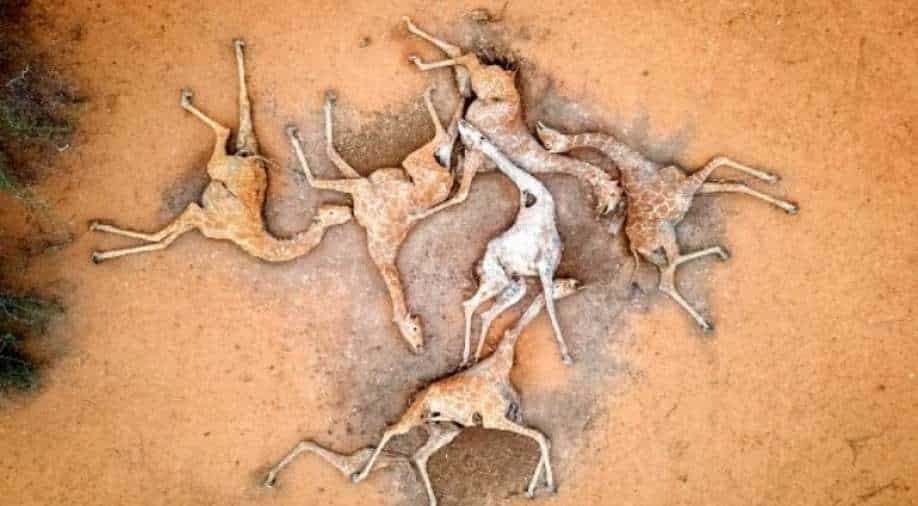 Northern Kenya has gotten less than 30% of typical rainfall since September.The lack of rain has wreaked havoc on the region's biodiversity, aggravated food and water shortages, and pushed cattle to the edge of extinction.

The impact of Kenya's drought on the country's giraffe population is captured in photos that will break your heart.

One of six giraffes lying dead inside the Sabuli Wildlife Conservancy in Wajir is the most highly shared photo.

According to reports, the giraffes "got caught in the mud as they went to drink from a practically dried-up reservoir nearby."

They were weak as a result of not eating or drinking, and they perished as a result.

The bodies were transported to a location where they would be photographed.

This was done to avoid contaminating the reservoir's water.

Animals aren't the only ones in danger.

In September, the country's drought management administration warned that 2.1 million Kenyans were on the verge of hunger due to severe drought affecting half of the country.

The United Nations announced on Tuesday that 2.9 million people are still in desperate need of humanitarian assistance.

It added that some parts of Kenya had lately had some of their worst rainfall in decades.