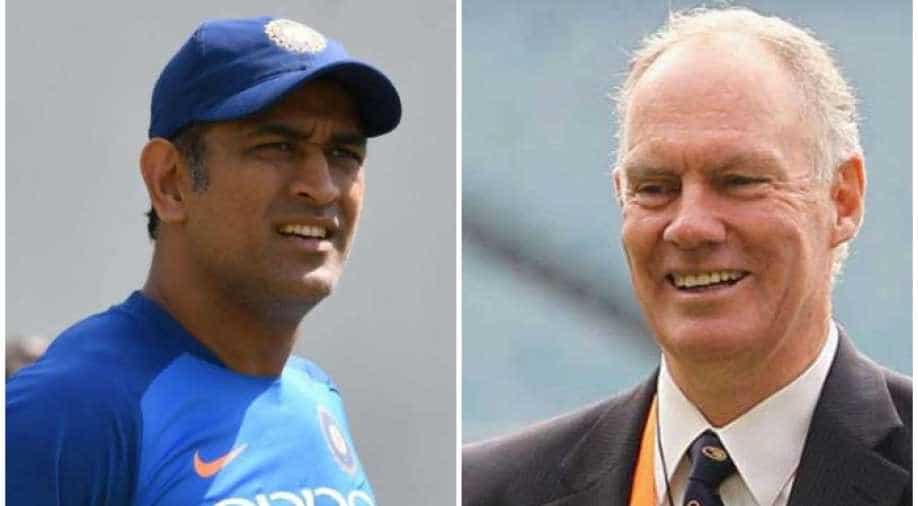 Greg Chappel era in the Indian cricket lasted between 2005 and 2007. This included India's 2007 World Cup campaign which is regarded as the worst run by the team after they got knocked out in the group stages.

While speaking in an interaction on the Facebook handle of the Playwrite Foundation he said that he played a major role in shaping MS Dhoni's finishing skills. He talked about a match against Sri Lanka in 2005 where he had challenged Dhoni to "play along the ground"  while he was hitting the balls outside the park.

Greg said: "I remember his knock of 183 against Sri Lanka and how he tore them apart. It was power hitting at its very best. The next match was in Pune. I asked MS, 'why don't you play along the ground more instead of trying to hit every ball to the boundary'. We were chasing 260 odd and were in a good position and Dhoni was playing a contrasting inning to the one he had played just a couple of days before.

"We still needed 20 runs to win and Dhoni asked me, through 12th man RP Singh if he could hit sixes. I told him not until the target was in single digit. When we needed six runs to win, he finished the game with a six," he said.

This did not go down well with Harbhajan Singh, who took a dig at the former coach. He took to Twitter and said: "He asked Dhoni to play along the ground coz coach was hitting everyone out the park. He was playing different games #worstdaysofindiancricketundergreg."

Greg Chappell era in the Indian cricket lasted between 2005 and 2007. This included India's 2007 World Cup campaign which is regarded as the worst run by the team after they got knocked out in the group stages. He had a well-known rift with former Indian skipper and current BCCI president Sourav Ganguly. He also had a bad impression on few senior players including Sachin Tendulkar.