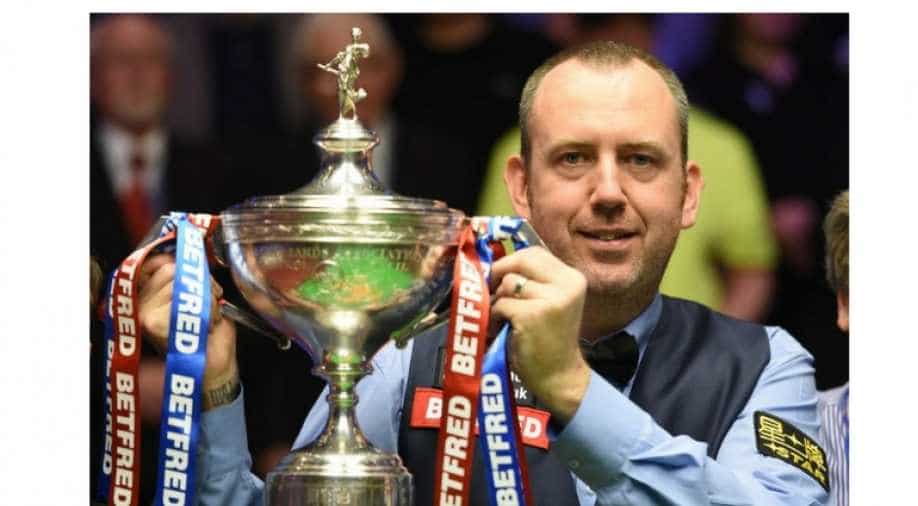 A 63 break took him one pot from glory but there was another twist as he rattled a simple pink to win and John Higgins cleared up.

But Williams held his nerve and finally sealed the victory with a break of 69.

Mark Williams fought off a stunning comeback from John Higgins to claim his third world snooker crown on Monday and become at 43 the oldest champion since Ray Reardon 40 years ago.

“I went out there to enjoy it. Win or lose, I can honestly say I didn’t really mind‚“ said Williams.

“I was just enjoying the occasion and it felt amazing. I got a bit emotional in the end but deservedly so, as it’s a big occasion for me. To be honest, I thought these days had all passed,” he added.

William poses with his family as he celebrated his victory over Higgins. Higgins, 42 and seeking a fifth title, fought back from a seven-frame deficit on Sunday to draw level at 15-15 but Williams held on to take the sport's showcase event 71-0 in the 34th frame.