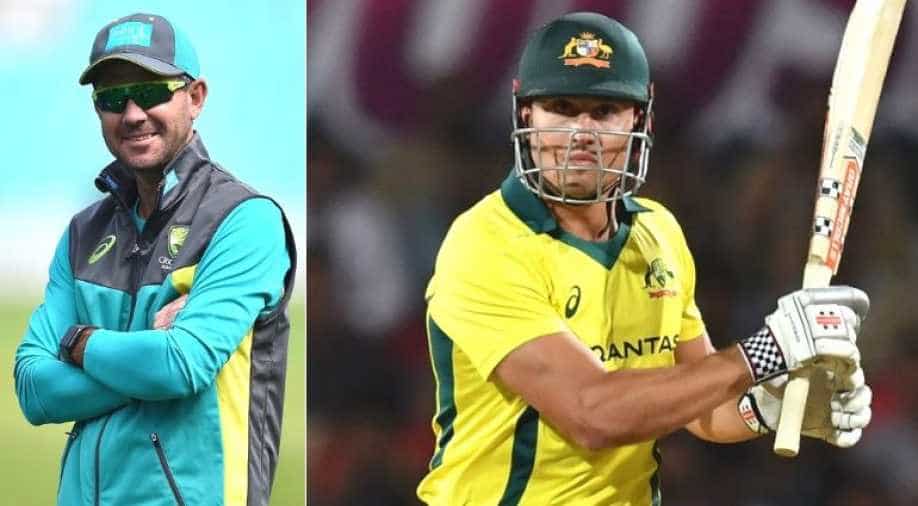 Stoinis has displayed a brilliant form with the ball so far, as he took two wickets in Australia's opening match against Afghanistan while giving away just 37 runs from his seven overs

Australia assistant coach Ricky Ponting is impressed with all-rounder Marcus Stoinis' ability to bowl overs at the death and expressed his confidence that the all-rounder can have a big impact on this World Cup.

"I just like the overall package with him. He's probably our best outfielder, you saw what he can do with the ball at the death, he gives us another string to our bow as far as his death bowling is concerned. The boys love what he brings to the side. I'm working with him a lot on a daily basis and I think he can have a big impact on this World Cup," Cricket.com.au quoted Ponting as saying.

Stoinis has displayed a brilliant form with the ball so far, as he took two wickets in Australia's opening match against Afghanistan while giving away just 37 runs from his seven overs.

He continued his form in the second match as well.

Despite not being able to clinch a wicket, Stoinis conceded just 18 runs from his four overs against West Indies.

However, Stoinis has unable to leave a mark on the field with his batting skills.

He has batted just once in this tournament so far and scored 19 runs.

Therefore, Ponting said he is working with Stoinis to improve his batting.

"If there's been a knock on his batting, it's been that he's been a bit of a shaky nervous starter and takes a lot of balls to get moving. (Against the West Indies) he didn't (look nervous) ... he was nice and sharp. He hit the ball nicely down the ground, he hit a really good pull shot early on. I had a chat to him just after he got out and he was pretty disappointed to get out the way he did. We've been doing a lot of work on that sort of stuff with his batting," he said.

Australia have won both of their first two World Cup matches and now they will compete with India on June 9.