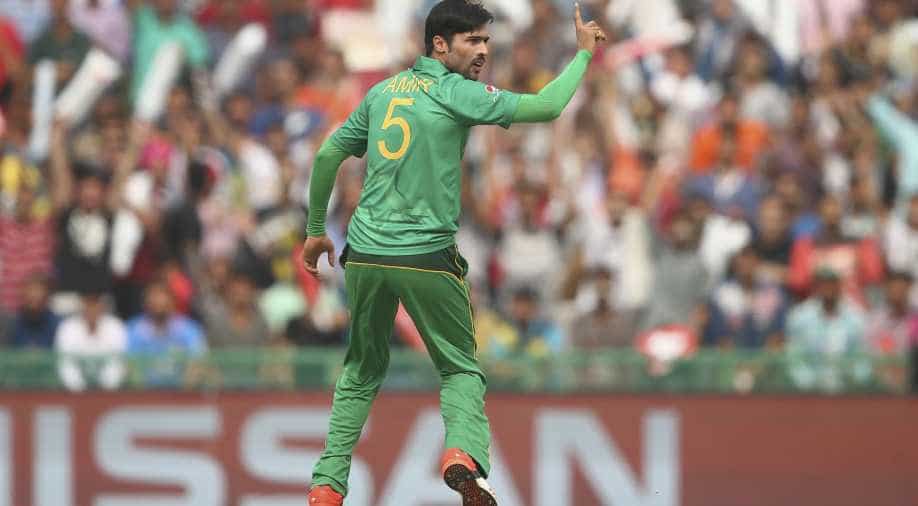 The left arm pacer had recently cleared the fitness test but was replaced by young gun, Mohammad Hasnain, who was Pakistan's highest wicket-taker in the Under 19 World Cup, last year.

Pakistan Cricket Board, yesterday, announced their World Cup squad and the biggest talking point of the announcement was the exclusion of Mohammad Amir.

The left arm pacer had recently cleared the fitness test but was replaced by young gun, Mohammad Hasnain, who was Pakistan's highest wicket-taker in the Under 19 World Cup, last year.

Surprised by the decision, former pacer Shoaib Akhtar took to Twitter, informing why Amir will be a 'lethal weapon' for Pakistan in English conditions.

My biggest concern is the pace dept. This squad lacks a leader of the pace attack, leader of the herd who is aggressive and goes out to attack. Hopefully Amir can be that.
In case that doesn't happen, @RealHa55an has to step up and fill that role along with @JunaidkhanREAL

And ofcourse @MHafeez22 with his all round ability can play a very important role. He is lethal with the ball, specially to check the run rate of the opposition.
I hope his fitness issues get resolved and he is 100% fit to contribute his bit.
Ker day kaamal Hafeez.

Akhtar, who is often referred to as Rawalpindi Express for his pace, stressed that Amir has the ability to swing the ball both ways. He also added that Amir can prove his worth in the upcoming England series and book his place in the playing XI.

I still think @iamamirofficial could be a lethal weapon to have in English conditions. He has a chance to prove that in the England series and be selected for World Cup by May 23rd. Good luck Amir, you can do it.

Amir has been picked in the squad for the England series which will be played just before the World Cup.

For the uninitiated, the teams can make changes till May 23 without seeking permission from the ICC's event technical committee.