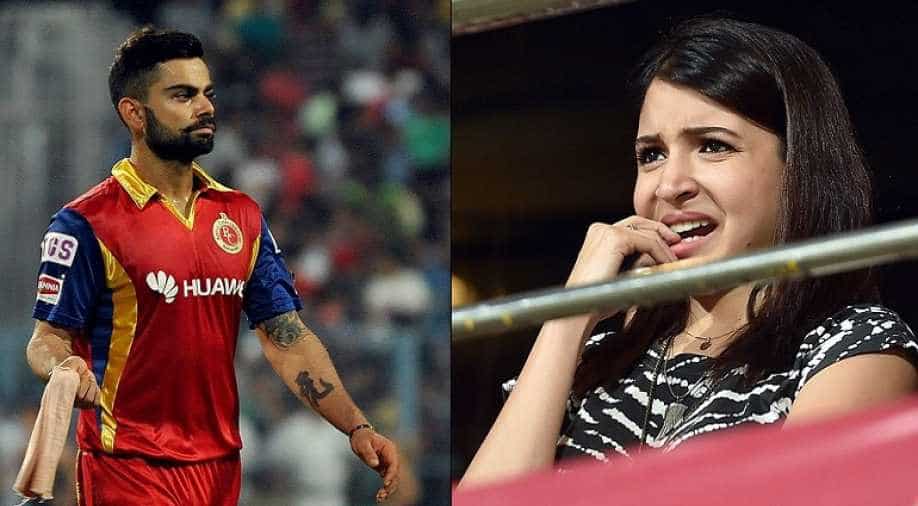 There isn't a ray of doubt over Kohli's on-field performance, be it his batting, fielding or captaincy.

The Bangalore skipper is known to break records day-in-day-out and is used to coming out on top, no matter what the quality of opposition or the condition is.

But somehow, his IPL franchise, which constitutes the best batting line-up, have miserably failed to leave any mark this season.

But, will her wife Anushka's birthday do wonders for him. Well, the past says it can.

But at one point Bangalore had almost lost the game but somehow things turned in their favour and he won.

While some gave credit to teams performance, the majority credited Anushka Sharma's visit and support to her husband at the Chinnaswamy Stadium which turned things in Kohli's favour.

There were videos and images where Anushka could be seen cheering for Virat and his side.

Anushka is expected to visit the stadium today also as the match will be played at Bangalore's home ground.

Bangalore and Mumbai will face each for the for the second time this IPL. Their first encounter was won by Mumbai.

Both the teams have just four points and will be aiming to win this game to bring their campaigns back on track.