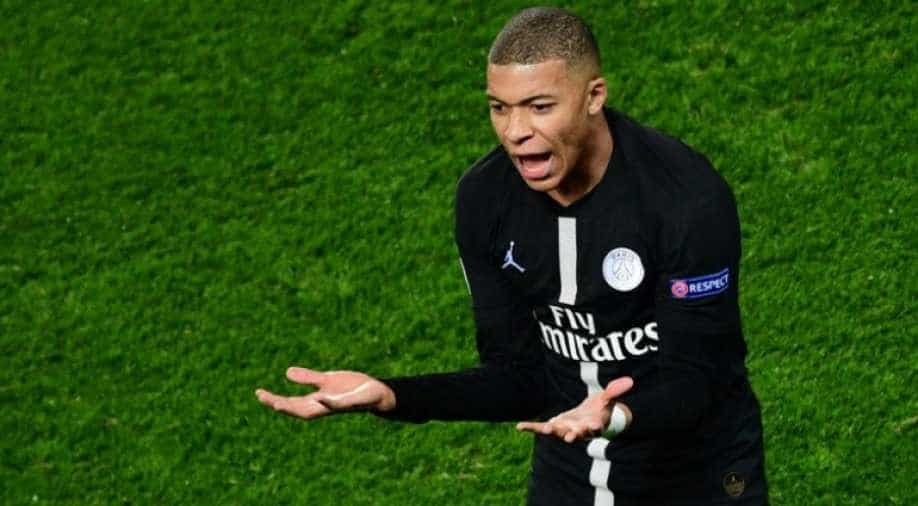 Kylian Mbappe said he was left "stunned" by Paris Saint-Germain's gut-wrenching exit from the Champions League in midweek as Manchester United pulled off an improbable comeback.

Marcus Rashford's 94th-minute penalty at the Parc des Princes gave United a 3-1 last 16 second leg win in France to send the English club through on away goals after becoming the first team in the competition's history to overturn a 2-0 home defeat.

"I'm stunned. I haven't been able to sleep," Mbappe told TF1 in an interview. "It's difficult, we'd worked so hard to get to this point and we're disappointed. We're going to try and pick ourselves back up."

PSG's game at Nantes this weekend was postponed although they remain well clear of second-placed Lille and all but assured a sixth Ligue 1 title in seven seasons.

Thomas Tuchel's men are also through to the last four of the French Cup, but Mbappe admitted it was hard to look ahead to the rest of the season with the pain of Wednesday's defeat still raw.

"Honestly, it's hard to give it too much thought because the Champions League was our goal. The stadium was full for a magnificent occasion, we spoiled the party. We didn't want to ruin it but in the end we did."

However, the 20-year-old allayed any fears among PSG fans that his immediate future could lie elsewhere in the wake of the club's latest European failure.

"I think I will be here, that's guaranteed even," he said.

"With this elimination and all the problems it's going to create, there's no point in my personal situation being added to it. So there, that's clear and precise."

PSG moved Sunday's session from their training ground to the Parc de Princes due to security concerns after graffiti saying 'Shameful! Spineless' and 'Respect us' in reference to their supporters were found at Camp de Loges.

Around 100 fans were allowed inside the stadium but the club's players were subject to insults and firebombs which echoed around the stadium an AFP photographer said.

Elsewhere in Ligue 1 on Sunday Lille kept a firm grip on second place, 14 points behind PSG, as Nicholas Pepe scored his 17th league goal of the season to beat nine-man Saint-Etienne 1-0.

Stephane Bahoken scored a 92nd-minute equaliser to claim a point for Angers at Montpellier as it finished 2-2 and Toulouse overcame Guingamp 1-0 thanks to Yaya Sanogo's first-half effort.