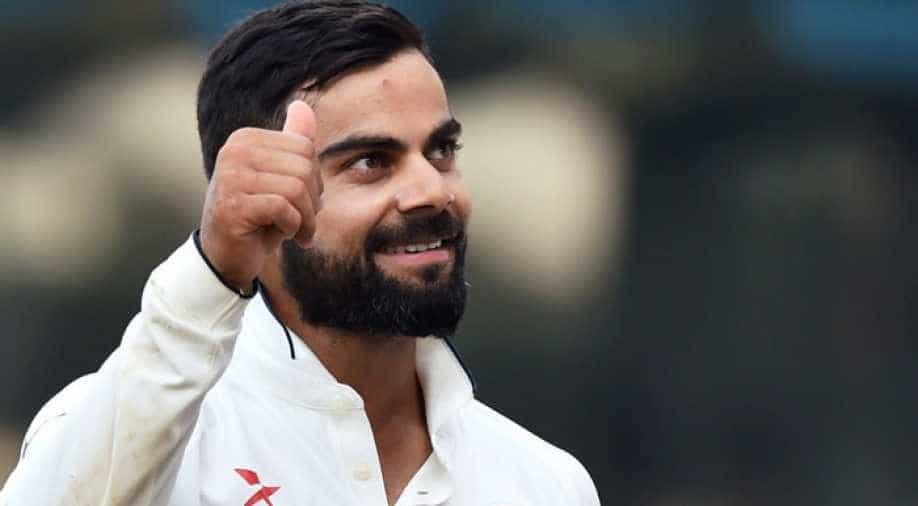 India retained its number one spot in the ICC Test Rankings after their victory in the third and final Test at Johannesburg against the Proteas last month. Photograph:( Zee News Network )

After the end of the third and final T20 International against South Africa, Indian Skipper Virat Kohli will be presented with the Test Championship Mace by the International Cricket Council (ICC).

The final of the three-match T20 series will be held today at the Newlands Stadium in Cape Town.

"On behalf of the ICC, Cricket Hall of Famers Sunil Gavaskar of India and Graeme Pollock of South Africa will make the presentation immediately after the awards ceremony for the T20I series", the ICC wrote in statement.

India retained its number one spot in the ICC Test Team Rankings and a prize of $1 million after their victory in the third and final Test at Johannesburg against the Proteas last month.

The win had ensured that no team can move ahead of India in the Test rankings at the 3 April cut-off date.

However, Virat Kohli’s men will return on 121 points as opposed to South Africa’s 115 points, which will be good enough for them to keep possession of the prestigious Test mace for the second year in succession.

Kohli had become the 10th captain since 2002 to get his hands on the mace when he had received it from Sunil Gavaskar following the Indore Test against New Zealand in 2016.

Had South Africa pulled off a 3-0 series win against India, then a win by 2-0 or better against Australia would have helped them reclaim the mace they had last won in 2015.