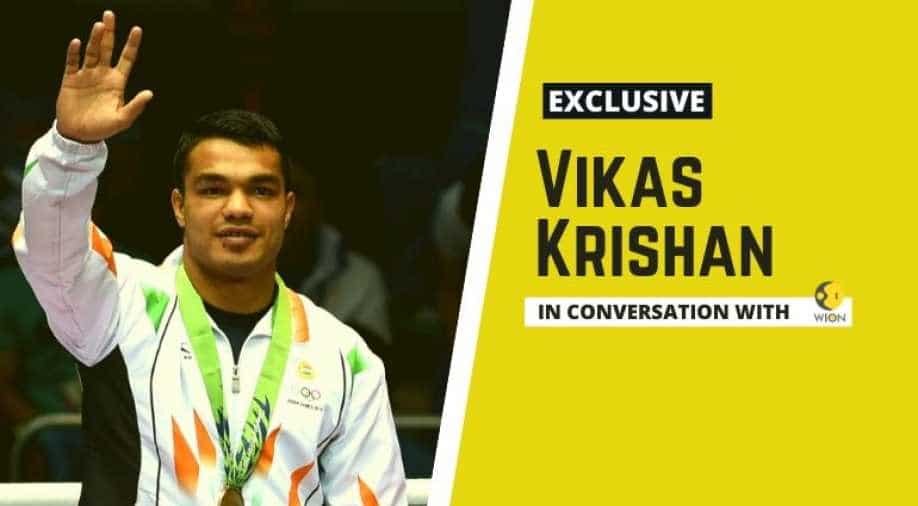 Vikas: Not winning the Olympic Gold will drive me crazy Photograph:( AFP )

Gold medallist in Asian Games, Commonwealth Games and one of the finest pugilists in India, Vikas Krishan, in an exclusive interview with WION's Sports Editor, Digvijay Singh Deo, spoke about a lot of things ranging from training in lockdown, idea of quarantine camp for Olympic hopefuls, Tokyo Olympics and preparation for medal in the Games, change of weight-category, new SOPs for resumption and more.

Gold medallist in Asian Games, Commonwealth Games and one of the finest pugilists in India, Vikas Krishan, in an exclusive interview with WION's Sports Editor, Digvijay Singh Deo, spoke about a lot of things ranging from training in lockdown, idea of quarantine camp for Olympic hopefuls, Tokyo Olympics and preparation for medal in the Games, change of weight-category, new SOPs for resumption and more.

Digvijay Singh Deo: Good to see you Vikas, how have you been through this period?

Vikas Krishan Yadav: These last few months have been very tough, not just for me but all sportspersons in India. It has been difficult to deal with the sudden change of schedule. We athletes are used to following a disciplined lifestyle which is centred around our training, so adjusting during this period has been a mental challenge as well.

DSD: I have been told that you are one of the few lucky ones to have managed to stay in shape during this period by training on your farm...

Vikas Krishan Yadav: Yes, I was training for about a month with a friend of mine, who was helping me with my workouts. However, he is no longer in Bhiwani and I haven't trained properly since he left. Now, my mindset has changed and I'm spending some quality time with my family. When I returned home after securing my Olympic quota, I was extremely motivated and training very hard for the 2020 games. But once the postponement decision was made, I lost a little bit of focus and now I will have to re-work my plan. When my training partner was here, I had undertaken advanced training for professional boxing. Once international travel resumes, I plan to go to the USA to fight professionally.

DSD: I was speaking to Vijender Singh last week and he felt that more than other sportspersons it is boxers like you who have been hit hard by the Olympic postponement.that the momentum you had built up right up to the qualifiers in Amman is now gone.

Vikas Krishan Yadav: I had trained for 6 months leading up to the Olympic qualifiers and was in good mental and physical shape for the 2020 games. However, this forced break has taken away that momentum and now we have to recalibrate. It is possible to regain your physical fitness in a matter of 3-4 weeks, that is the relatively easy part, but the real challenge is to get back that competitive mindset. I feel I will only be able to work on my mental conditioning once the national camps resume. 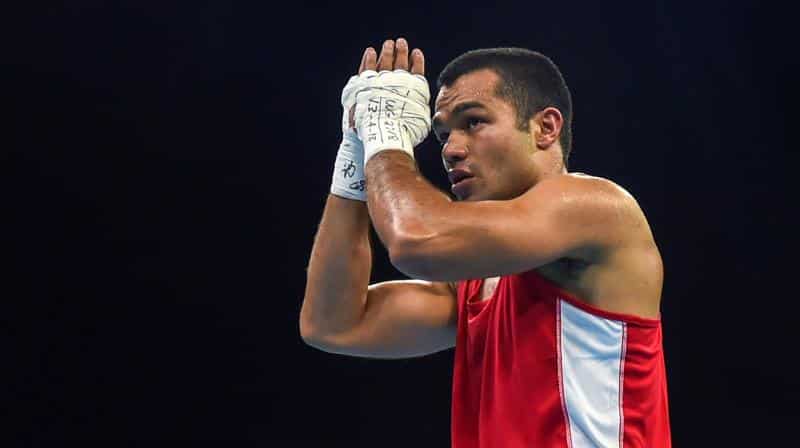 DSD: A lot of your teammates, in fact, have been inside the National Institute of Sports campus in Patiala, which has sort of becoming quarantine camp. Is it better to be in there safe from the virus or is it a sort of privileged house arrest?

Vikas Krishan Yadav: I feel it is a personal choice for the boxers. My family means a lot to me and I decided it would be right for me to spend some time with them during this crisis. But now it has been three months and there are times when I have regretted being here because I haven't been able to train properly for the Olympics. However, I believe that things rarely go as planned and there are always roadblocks. Ideally, I would have liked to spend about a month at home and then returned to the national camp, but now it has been three months since this lockdown. I would now prefer to return to the national camp as soon as possible. Although we still have to follow the health guidelines of the government. I will adhere to the instructions of the authorities, but hopefully, the national camps will resume as soon as possible.

DSD: One more year to prepare for Olympics Vikas, how do you change your preparation now. This changes your career road-map, you put your pro career on hold for the 2020 Olympics but how will you know to adjust between both?

Vikas Krishan Yadav: The best thing for me is that I have already secured a quote for the Olympics and I have 14 months to prepare for the games. So I have enough time to regain my skills and get back to the professional circuit. Pro boxing is completely different from amateur sport, it has made me a more tough competitor. Last year I fought at new york's madison square garden, one of the most iconic sporting arenas in the world. So many experiences in the professional circuit have given me more confidence. To use an analogy, if pro boxing is equivalent to the 10th grade, then amateur boxing is like the 5th grade. So competing in the pro circuit has benefited me greatly and I saw the results at the South Asian games, even though the competition level wasn't that high, I eased to the title. All my coaches and peers have noticed a considerable improvement and I feel that I have elevated my game. Boxing is an art, which includes defence and attack, I feel I have been successful in executing that art form recently.

DSD: I have known you since your junior days. The Olympics has been somewhat of an obsession for you, London was a bad memory and in Rio, you were almost there. How badly do you want it?

Vikas Krishan Yadav: It's not merely a dream, I am going to win the Olympic gold medal and I will settle for nothing less than that, nothing can stop me. If I am not able to achieve the feat, I will live in regret for the rest of my life and keep dwelling on 'what could have been'. It will drive me crazy. I will not leave any stone unturned for the Olympics. I realise I made some mistakes for the last games, but now I feel I have matured and am at the perfect stage in my career to win the gold. I have even reassured my coaches and told them- don't worry, I will win the Olympic gold. Pro boxing has made me a more confident boxer. There is no substitute for hard work. 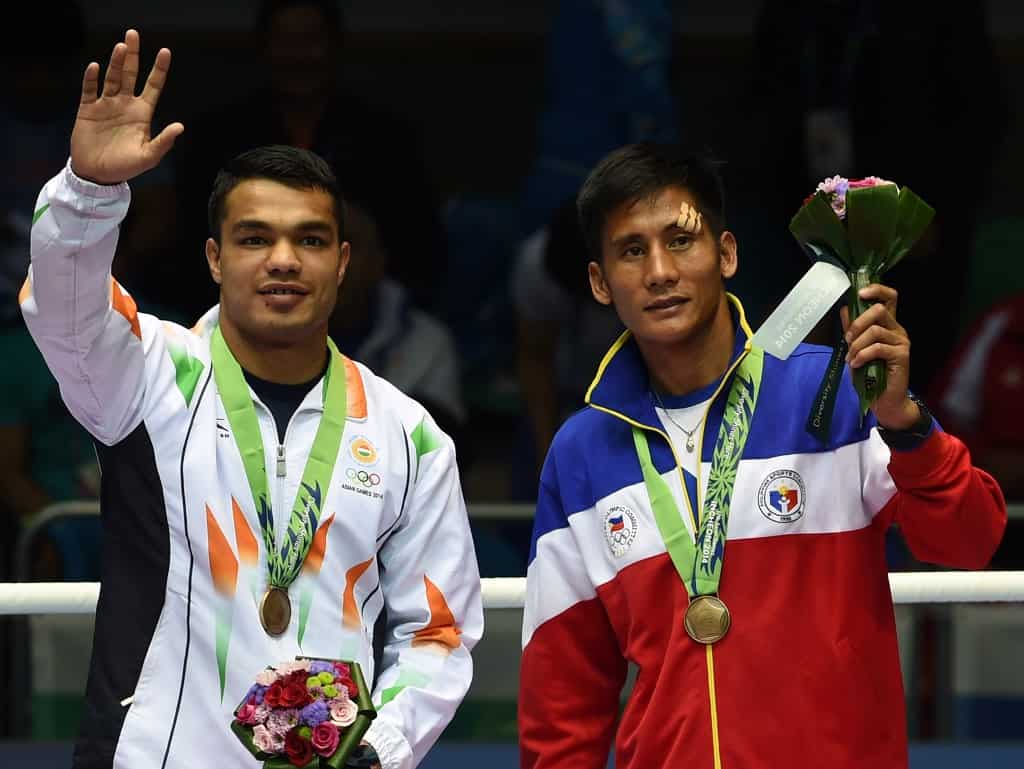 DSD: How has Vikas the boxer changed from the 2016 Olympics in Rio?

Vikas Krishan Yadav: This is a totally different version of Vikas Yadav. Just like the software operating systems get upgraded, I have also upgraded myself as a boxer and competitor in the last few years. Up until the Olympic qualifiers, I felt I was in top form and was the best version of myself as an athlete. Because of the break, I have lost a little bit of physical fitness, but I am confident I will be able to get in shape once the national camp resumes.

DSD: We have our best ever contingent in terms of numbers for the Olympics.  I remember you telling me in Rio that to even qualify back then was like winning an Olympic medal, what has changed in Indian boxing in the last four years?

Vikas Krishan Yadav: The main factors have been the formation of the boxing federation of India and the change in the selection criteria. The national selection process has become more competitive in the last few years and has led to the growth of other Indian boxers. Earlier I was a little offended when I was also asked to be part of the trial process since I was the CWG gold medalist and Asian Games, medalist. However I realised that it could help me and the other Indian boxers, so I participated and eased through the trials.

DSD: What are the reasons for you changing your weight category so often in the last few years, now you have finally secured a quota in the 69kg event, how has that worked for you?

Vikas Krishan Yadav: I was very eager to compete in the 69kg category at the Rio Games as well, but my father pushed me to participate in the 75kg event. At the Rio Olympics, my weight was 71 kg when the tournament began, so I was fighting boxers who were much heavier than me. I felt it was an achievement to even reach the quarter-finals back then. I was never comfortable fighting in the 75kg event, it was only my father's wish.then my fellow boxer Neeraj Goyat convinced me to lose weight and prepare for the 69kg category, he made me believe that I could win the Olympic gold in that category. Even though I've won medals at the Asian games and commonwealth games in heavier weight categories, I don't want to take a chance at the Olympics, I want to give it all I've got in the 69kg event and overpower my opponents. 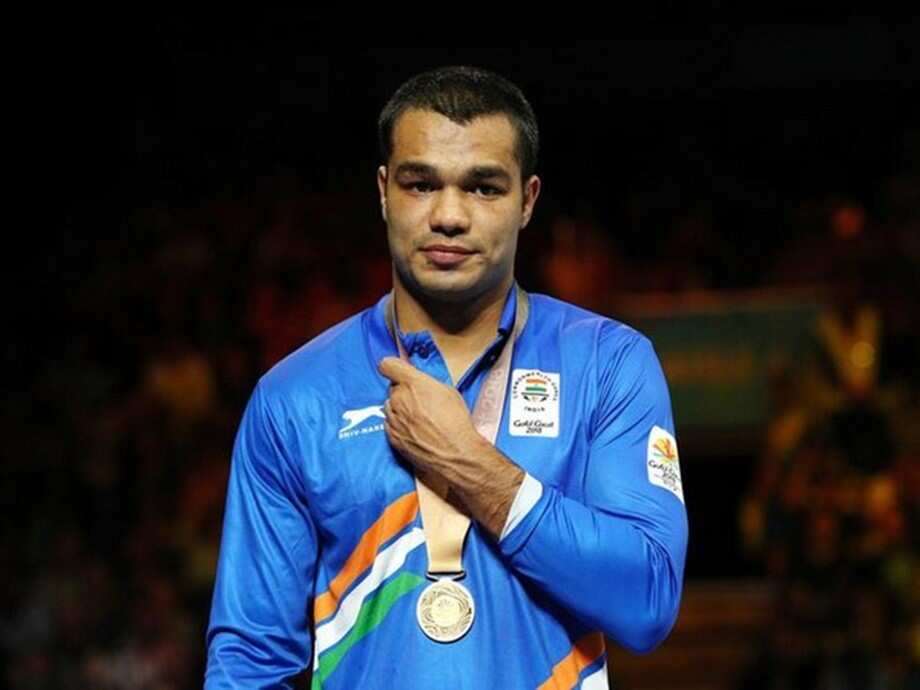 DSD: Let us talk about the road ahead now, you must have seen the new SOPs for resumption. How can boxers train without sparring?

Vikas Krishan Yadav: I haven't seen the guidelines, it is for the coaches and federation to evaluate the sops and then assess how training can resume. From my point of view, the boxing environment is the most important thing. An environment must be created for healthy, competitive training to drive my growth. It is difficult for me to train at home because that competitive environment is not there.

DSD: Isn't it important to be in a camp with 30-40 boxers, so that the competitive nature of the game is maintained...

Vikas Krishan Yadav: Absolutely. I haven't heard the word 'Olympics' in my house for the last three months, because mentally, I'm in a completely different space. Whereas when I'm in the camp, all I'm going to be thinking about is the Olympics. A boxer needs that constant healthy competition to maintain skill levels. The physical and mental training I undertake at the camp will be done with the single goal of winning the Olympic gold medal.