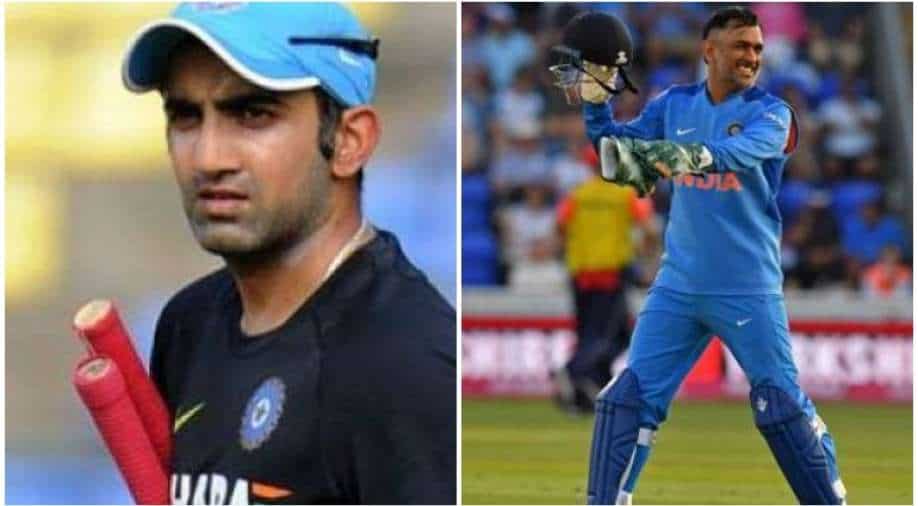 On Wednesday (September 8), BCCI announced Team India's 15-man squad for the upcoming T20 World Cup, in the UAE from October 17. While the squad had some surprise omissions and additions, the inclusion of MS Dhoni as India's mentor send the country's cricket fans into a frenzy.

Dhoni, who retired from the gentlemen's game at the international level on August 15, 2020, has agreed to be Kohli & Co.'s mentor only for the showpiece event. Given that it was Dhoni who led India to the inaugural T20 World Cup title, in 2007, and also guided them to their last ICC title (in 2013 Champions Trophy), the 40-year-old's presence, tactical mind and calmness will be essential for the Men in Blue in the upcoming marquee tournament.

After Dhoni's name was announced as the mentor, Gautam Gambhir started trending on the social media platform Twitter. For the unversed, Gambhir has time and again mentioned how he was dropped from the national side, under Dhoni, and has indirectly also taken shots for not getting as much credit for his match-winning 97 in the 2011 World Cup final, with Dhoni's 91* winning earning more accolades.

While Gambhir has maintained that he has always managed a cordial relation with Dhoni, a section of the Twitter fans hilariously trolled him after the former Indian captain was named as Kohli & Co.'s mentor. Here are some of the reactions -

Gautam Gambhir to his son after reading #MSDhoni name in tv as a mentor for #T20WorldCup #gautamgambhir pic.twitter.com/Vtc9PPDlC9

Dhoni's presence will surely add more value to the Men in Blue's squad for the upcoming ICC event. The former Indian captain has played all T20 WC matches for India in the previous six editions. This time around, his role will be different and the fans cannot wait to see him back in the Indian dressing room.

Among the notable omissions in India's squad, the likes of Yuzvendra Chahal, Shikhar Dhawan, Umesh Yadav, Kuldeep Yadav, etc. missed out whereas R Ashwin, Axar Patel, Rahul Chahar, Varun Chakravarthy and Ishan Kishan managed to seal a spot for themselves.