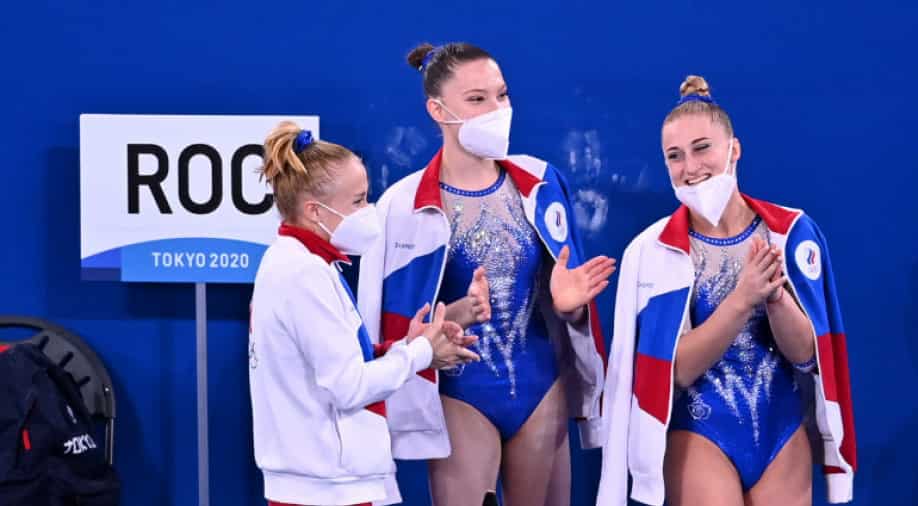 Angelina Melnikova scored 13.966 and the ROC have won the women's team all-around by a 3.432-point edge, bringing an end to United States' 11-year dominance.

It didn't go as expected as US champion Simone Biles withdrew from the competition after her first event, however, Sunisa Lee, Grace McCallum, and Jordan Chiles competed for their third consecutive Olympic gold medal in the group competition.

Simone Biles, the best gymnast, withdrew from the Olympic final with a "medical issue" after only one event. She displayed a poor vault that saw her bailout and got a 13.766 mark for her endeavours prior to leaving the floor. She got back to the floor however was out very quickly.

While Team USA went into the final as the gold-medal top choice, the meet ended up being a nail-biter without Simone Biles.

After falling behind on the vault and the bars, Team USA made a solid rebound push on the equilibrium pillar with an extraordinary effort from its three leftover gymnasts — Grace McCallum, Jordan Chiles, and Suni Lee.

They figured out how to sneak past the Russian Olympic Committee to momentarily hold a 0.1-point lead in the third rotation, at the end of the day, they tumbled off in the last rotation on the floor.

Angelina Melnikova scored 13.966 and the ROC have won the women's team all-around by a 3.432-point edge, bringing an end to United States' 11-year dominance. That was an 11.641-point swing from five years prior when the US won the gold fleeing.

Great Britain arrived at the podium interestingly since 1928, the first run through women's contended in gymnastics at the Olympics. They turned into the first country other than the United States, Romania, China or the Soviet Union, Russia to arrive at the podium in this event since East Germany at Seoul 1988.

All things considered, the ROC featured by Angelina Melnikova, Viktoriia Listunova, and Vladislava Urazova procured its first gold medal since 1988, when the nation had taken part in the summer games as the Soviet Union.