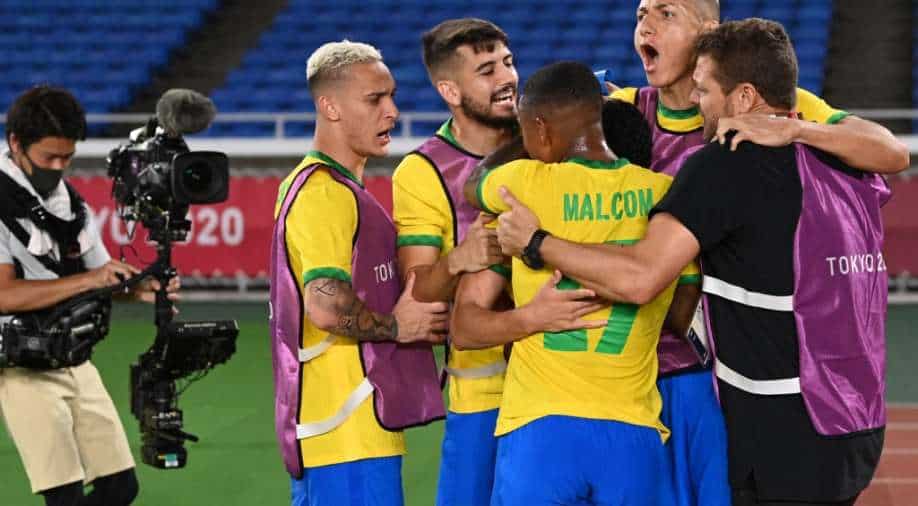 Brazil striker Richarlison struck a stunning hat-trick inside 30 minutes as the defending Olympic champions beat Germany 4-2 in their opening Group D game in the men's football tournament at the International Stadium on Thursday (July 22).

Brazil should have had the outcome decided by the interval given the amount of chances they created but Germany struck twice in the second half, despite going down to 10 men in the 63rd minute.

The match was a repeat of the gold medal game from Rio five years ago and was played at the venue where Brazil beat Germany in the World Cup final in 2002.

Argentina suffered a shock 2-0 loss to Australia in Group C.

Argentina's problems were compounded late in the first half when left back Francisco Ortega was sent off after two quickfire yellow cards.

The South American side never quite recovered from the setback, as substitute Marco Tilio added a second for the Olyroos in the 80th minute to seal a memorable win.

Hosts Japan made a winning start courtesy of a late strike from midfielder Takefusa Kubo in a 1-0 victory over South Africa, who were dealing with COVID-19 cases on the eve of the Group A match.

Making their first soccer appearance since the 1964 Tokyo Games, Romania beat Honduras 1-0 thanks to an Elvin Oliva own goal.