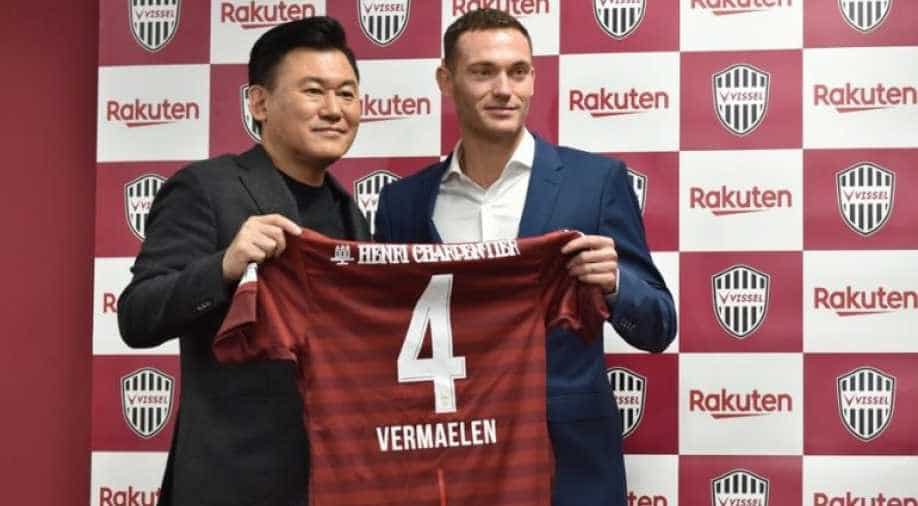 Vermaelen will team up with David Silva, Lucas Podolski and his former Barca captain Andres Iniesta

The 33-year-old, whose contract with Barcelona has now expired, will team up with David Silva, Lucas Podolski and his former Barca captain Andres Iniesta.

Vermaelen, who is reported to have turned down an offer to join Vincent Kompany at Anderlecht, passed his medical and visited the club's training complex.

"I'm very excited to be here to help the team, to improve the team," he told a news conference in Kobe, western Japan, ahead of a friendly between Bercelona and Vissel Kobe.

"I will do all my best to make this team better and I will show you that I will give my everything for this club," he said.

Vermaelen said he planned to share his experience at Barcelona with the Japanese club, saying: "I try to bring the complete package into this team."

Vermaelen began his career at Ajax before moving on to Arsenal and Barcelona with a loan spell at Roma.

He has played 74 times for Belgium, most recently in the 3-0 Euro qualifier win against Scotland in June.

Vissel Kobe are currently 15th in the 18-team J-league.