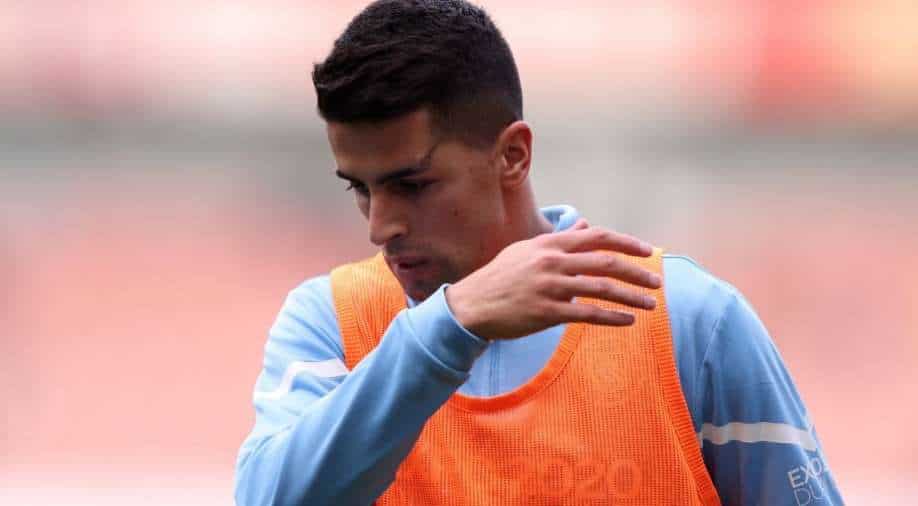 This is a file photo of Joao Cancelo. Photograph:( Reuters )

Joao Cancelo said he knew how to deal with it, but my family didn't deserve to go through that

Manchester City defender Joao Cancelo on Monday (February 14) opened up on the "horrific" home invasion when some robbers entered his home last December and assaulted him.

On his official Instagram, Cancelo revealed the details of the incident that took place just after Christmas. He shared a picture of himself and one can see a deep cut above his eyes. He further said that the robbers tried to harm his family.

The 27-year-old said that none of them was hurt in the incident and added that the four attackers had taken jewellery from his house.

Ahead of Man City's Champions League clash against Sporting Lisbon, Cancelo said, "It was horrific, it terrorised my whole family."

The Portugal international said, "I know how to deal with it, but my family didn't deserve to go through that."

Cancelo, one of City's standout performers, signed a contract extension this month committing him to the league leaders until 2027, said he was trying to maintain a positive outlook on life.

"There have been lots of obstacles in my life and I have to get over them, I'm a stronger player mentally and that's how I want to go on," Cancelo said.

"I could drop my head, but I always like to think positively, and that is how I can live my life in the best way possible."