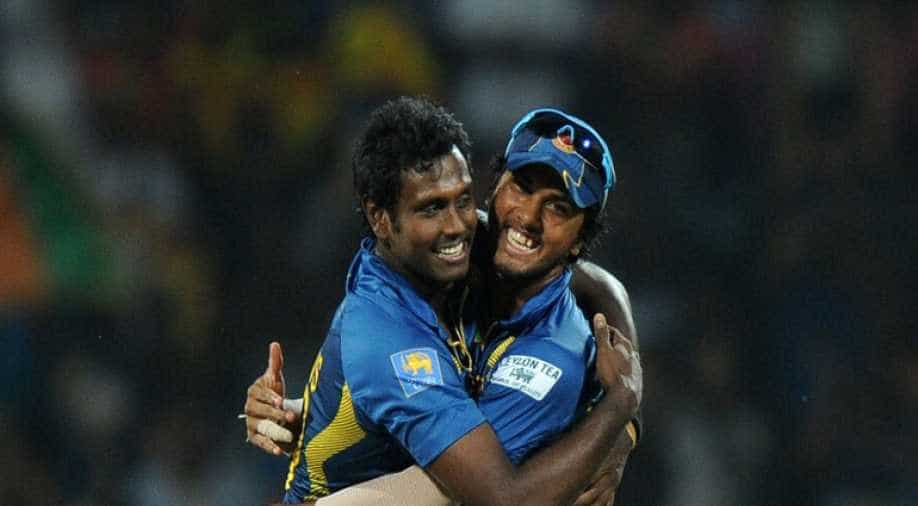 The decision was taken after an embarrassing defeat against India in the recently concluded ODI series. Photograph:( AFP )

After an embarrassing defeat against India in the recently concluded  ODI series, the Sri Lanka cricket board has decided to have a new captain for the one-day International matches.

The name is likely to be announced next week.

Speculations are rife that either Angelo Mathews or Dinesh Chandimal will replace the current skipper Thisara Perera.

"The Chairman of selectors has informed me that they are considering appointing either Angelo Mathews or Dinesh Chandimal to fill the role," SLC president Thilanga Sumathipala said.

Both Mathews and Chandimal have led the ODI side in the past, while Perera had captained Sri Lanka in the recent ODIs against India.

Barely six months back, Mathews stepped down from the captain's role across all formats following the loss against Zimbabwe in July last year.

While Chandimal, who is currently leading the Test team, had lost his place in the ODI squad last month.

The final decision is expected to be taken on January 9, before Lanka leaves for the ODI tri-series in Bangladesh.