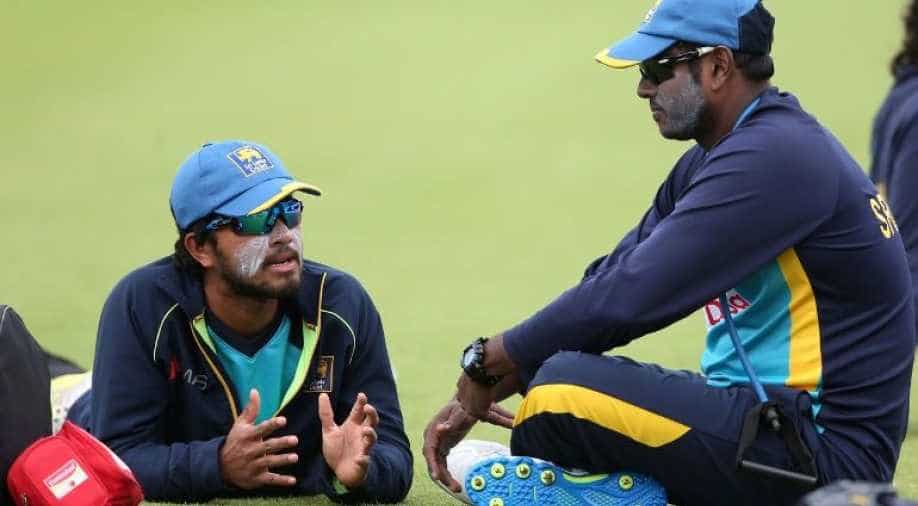 Sri Lanka recalled former captains Dinesh Chandimal and Angelo Mathews on Friday for the first Test against New Zealand which starts in Galle on Aug. 14.

Chandimal was dropped from the team for their tour of South Africa earlier this year due to poor form and did not make the squad for the World Cup either.

Mathews, who missed the South Africa tour due to a hamstring injury but played in the World Cup, returns to the Test side after an impressive performance in Sri Lanka's recent 3-0 one-day international series win over Bangladesh.

Suranga Lakmal, Lahiru Kumara and Vishwa Fernando are the three quicks in the line-up, with all-rounder Dhananjaya de Silva offering another spin option.

Sri Lanka will be coached by former fast bowler Rumesh Ratnayake during the series, after his appointment on an interim basis on Wednesday.

Sri Lanka Cricket has so far refused to clarify whether head coach Chandika Hathurusingha has been sacked. [nL4N2534K9]