Serena puts on royal show for mum at Wimbledon, enters second round 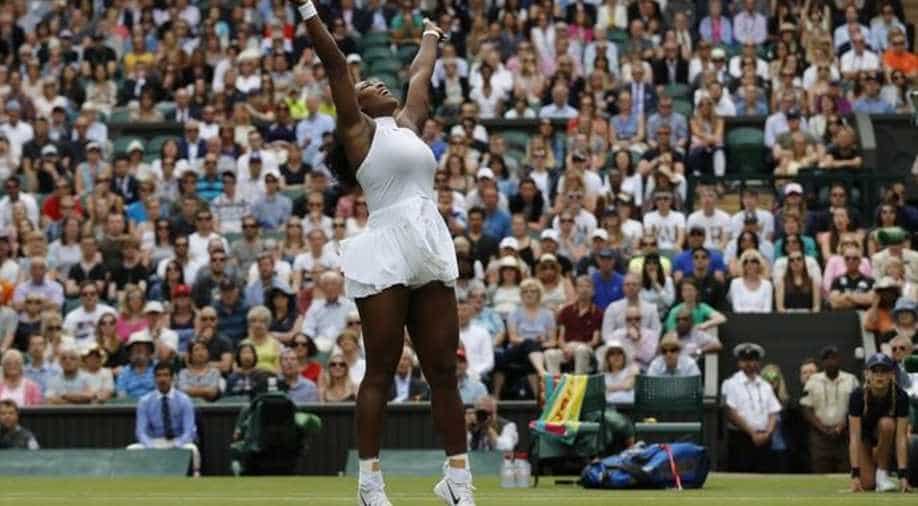 She next faces fellow American Christina McHale for a place in the last 32. Photograph:( Reuters )

Follow Us
Defending champion Serena Williams reached the Wimbledon second round on  Tuesday with a 6-2, 6-4 win over Swiss qualifier Amra Sadikovic, as her mother watched from the front row of the Royal Box.

The 34-year-old world number one, chasing a seventh Wimbledon title and record-equalling 22nd major, took her Grand Slam career record in first rounds to a formidable 63 wins against just one defeat.

She next faces fellow American Christina McHale for a place in the last 32.

"My mom was up there in the Royal Box, so that was nice," said the American star after giving mother Oracene Price an afternoon to remember on Centre Court.

"I will have to get my dad out here now."

"I never underestimate any opponent. I always expect the best of myself," added Williams, who won 12 straight points at the start of the match to open a 3-0 lead.

However, not everyone gave her the royal seal of approval.

"It was one of the worst serving efforts I`ve seen from Serena. This is what is giving other players hope," said US tennis legend John McEnroe, commentating for the BBC.