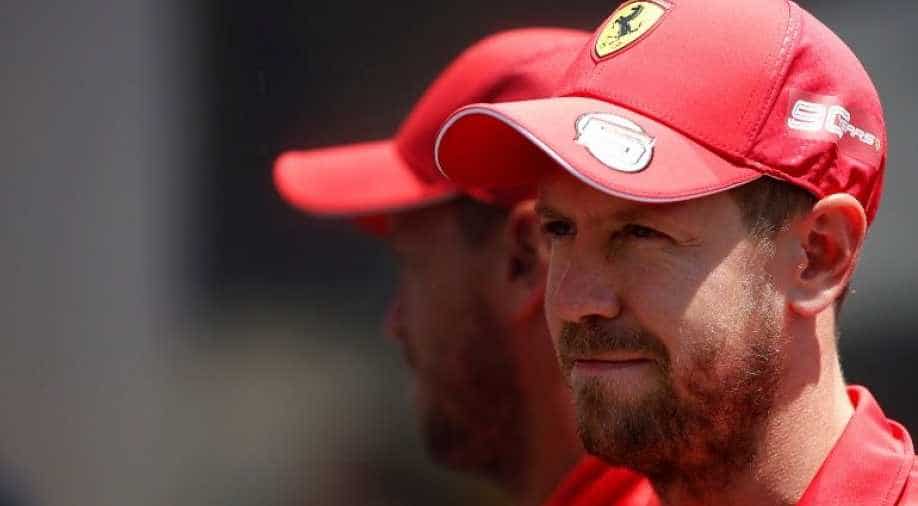 Ferrari driver Vettel drove into the back of Verstappen's Red Bull after the Dutchman had passed him. Both cars spun off into the gravel before rejoining the race

Sebastian Vettel apologised to Max Verstappen immediately after Sunday's British Grand Prix, acknowledging that he had ruined his rival's hopes of claiming a podium finish.

Ferrari driver Vettel drove into the back of Verstappen's Red Bull after the Dutchman had passed him. Both cars spun off into the gravel before rejoining the race.

"Well, it was my mistake," said Vettel, who climbed out of his car at the end of the race and went to speak to Verstappen. He leaned into the Red Bull car's cockpit, shook hands and apologised.

"Obviously, he passed me and then ran a bit wide, which gave me the chance to come back," said Vettel.

"Then, it looked for a second that he was going to the right and there would be a gap to the left, which didn't open -- and by that time it was too late and I crashed."

Vettel had to pit for a new nose for his Ferrari car while Verstappen re-joined the fray and finished fifth, missing out on a possible podium finish.

Vettel was given a 10-seconds penalty and two penalty points by the stewards for the crash on lap 37 of the 52-laps race.

"I spoke to him, he apologised immediately after he got out of the car, so that's it," said the Dutchman. "You can't change your line."

He added that he had also enjoyed his earlier battle with Vettel's Ferrari team-mate Charles Leclerc.

"They were really good," he said. "I think he was a little bit sore from Austria so he was defending really hard.

"But it's fine. I'm all for that. Of course, I didn't want to take much risk in those battles to damage the car because I knew we were quite a bit faster.

"I needed to pick my moment, but luckily the team did it for me with a good strategy and then it was looking good for a good result."