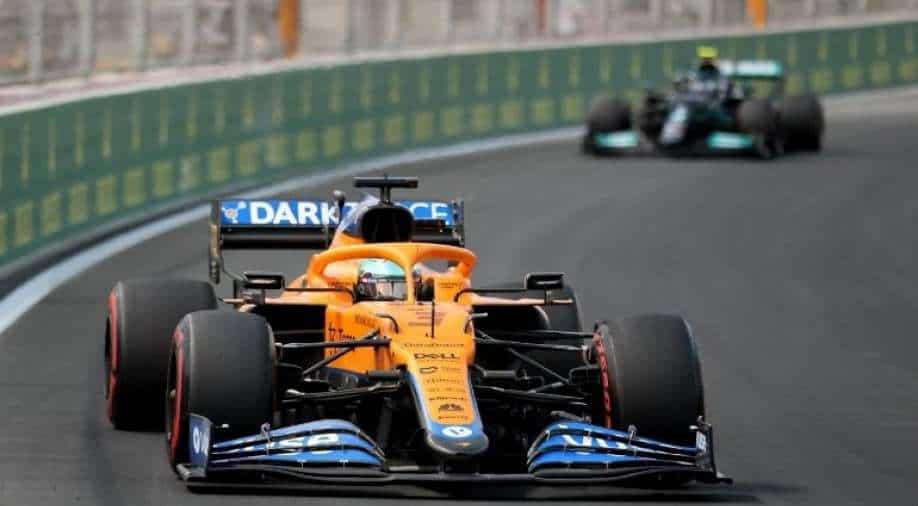 The Saudi Arabian Grand Prix is the first of only two races left on this year's Formula One calendar, with the hard fought battle of the generations between 36-year-old Hamilton and 24-year-old Verstappen racing towards its conclusion.

The Briton lapped the 6.1-km long circuit in one minute, 29.786 seconds in his Mercedes, pipping Verstappen by just 0.056 seconds.

Finland's Valtteri Bottas was third in the other Mercedes, two-tenths of a second off his team mate's pace.

The Saudi Arabian Grand Prix is the first of only two races left on this year's Formula One calendar, with the hard fought battle of the generations between 36-year-old Hamilton and 24-year-old Verstappen racing towards its conclusion.

Verstappen leads Hamilton by eight points in the overall standings and has his first shot at wrapping up a maiden title with a race to spare this weekend.

Hamilton, who only needs to finish fifth to keep the battle alive into next week's Abu Dhabi finale, is gunning for a third win in a row to force a last-race showdown in his quest for an unprecedented eighth world title.

Verstappen, quick out of the blocks, set the early pace as drivers got to grips with the unfamiliar flat-out blasts of the Jeddah track.

Hamilton, whose Mercedes is expected to have an advantage around the circuit's high-speed layout, dialled himself in more gradually, vaulting to the top of the timesheets with 15 minutes of the hour-long session to run.

The Dutchman responded with a late run on soft tyres but was unable to usurp Hamilton.

Behind the top-three, Frenchman Pierre Gasly was fourth for AlphaTauri. Antonio Giovinazzi, making way at Alfa Romeo for Chinese rookie Guyanyu Zhou next season, was fifth.

Alonso and Sebastian Vettel completing the top 10 for Alpine and Aston Martin, respectively.

The Jeddah track, which runs along the Red Sea, is expected to be the second fastest on the calendar behind only Italy's "Temple of Speed", Monza.

Hemmed in by walls, drivers and teams had feared lengthy stoppages in the case of any incidents.

The track also drew praise, as did organisers' efforts to complete it in time.

Teams also carried a tribute to Sir Frank Williams on their cars, co-founder of the Williams team, who died on Sunday. The squad, among the sport`s most successful outfits, was sold last year but continues to race under the Williams name.