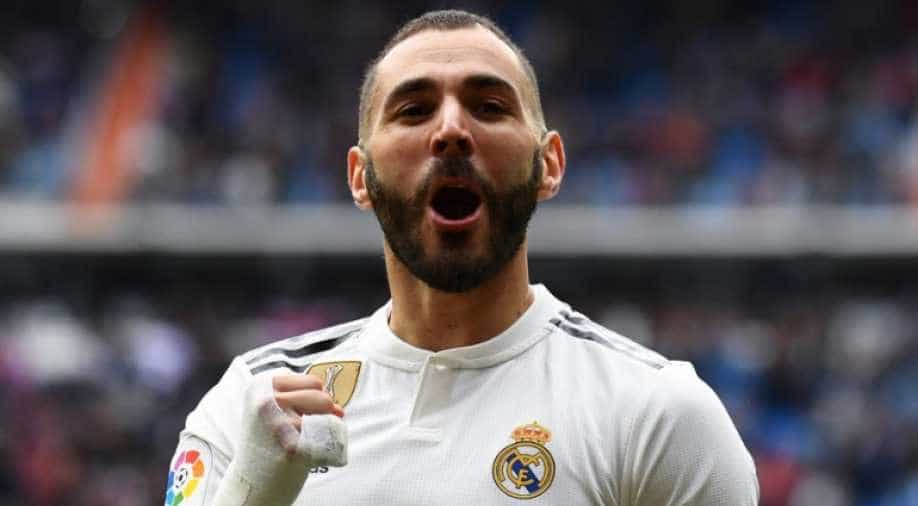 Real Madrid took another step towards their first La Liga title in three years by beating free-falling Alaves 2-0 at home on Friday, overcoming a number of high-profile absences to secure their eighth consecutive victory.

Real Madrid took another step towards their first La Liga title in three years by beating free-falling Alaves 2-0 at home on Friday, overcoming a number of high-profile absences to secure their eighth consecutive victory.

Real were missing three of their first-choice defenders as captain Sergio Ramos and Dani Carvajal were suspended and Marcelo was injured but they again showed their defensive solidity and recorded a fifth consecutive clean sheet.

Zinedine Zidane’s side got off to a comfortable start as Karim Benzema converted from the spot in the 11th minute after Ferland Mendy was judged to have been fouled by Ximo Navarro just as he entered the area.

It was the third game in a row in which Real had broken the deadlock thanks to a penalty and they sealed the win when Benzema turned provider and allowed Marco Asensio to tap into an empty net early in the second half.

Real moved on to 80 points, restoring their four-point lead over second-placed Barcelona with three games remaining.

Alaves meanwhile fell to a sixth consecutive defeat which left them in 17th place, hovering three points and one position above the relegation zone.

It was their first match under new coach Juan Ramon Lopez Muniz after Asier Garitano was dismissed and they made a bold start as former Real forward Joselu headed against the crossbar in the opening minute and Raphael Varane was forced to clear a shot on the rebound from Lucas Perez off the line.

The struggling visitors still managed to cause plenty of problems for Real’s makeshift defence after going behind, with Scottish winger Oliver Burke forcing Thibaut Courtois into a good save and later teeing up Joselu, whose shot ballooned over the bar.

VAR also worked in their favour for the penalty, following a week in which Barca’s president and coach raged against how the technology has been used recently.

“The noise about VAR does not bother us, we can only control the attitude we continue to show on the pitch,” said Real defender Varane.

“We are focused on our objective and we have three finals left. It was vital to win and it was important to keep another clean sheet and that gives us a lot of confidence.”