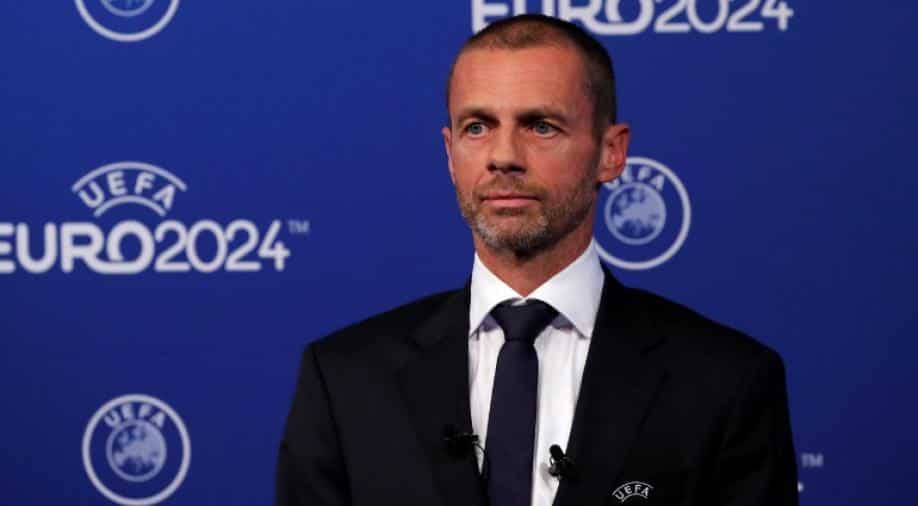 Voted in during the annual UEFA Congress at a luxury hotel in Rome, Ceferin said the new-look tournaments, to be introduced from 2024, would bring a "new dimension" to European football.

Slovenian Aleksander Ceferin was re-elected unopposed on Thursday as president of European soccer's ruling body UEFA, promising an overhaul of club competitions but reaffirming there would be no Super League on his watch.

Voted in during the annual UEFA Congress at a luxury hotel in Rome, Ceferin said the new-look tournaments, to be introduced from 2024, would bring a "new dimension" to European football.

Without giving details of how they would work, he did stress that they would be open to all clubs and that teams would qualify via results rather than by invitation.

"We will work hand-in-hand with our partner, the European Club Association, to design the club competitions of the future," Ceferin told delegates after securing a four-year term.

"Club competitions that are in keeping with the times, full of excitement and intensity and open, which will bring a new dimension to European football."

Before the confirmation of his second term, Ceferin recalled that ahead of his 2016 election there were reports Europe's top clubs planned a breakaway league, yet that had been averted through "honest, direct and uncompromising" talks with clubs.

He said there would be no Super League while he was president of UEFA and Andrea Agnelli head of the European Club Association. "It's not a promise, it's a fact," he added.

European club competitions run in three-year cycles with the current one ending in 2021.

The format for the following 2021-24 cycle was decided last year with the addition of a new third-tier competition in addition to the Champions League and the Europa League.

Ceferin said UEFA would do "everything possible" to bring the 2030 World Cup to Europe and that European football's break- even rule known as Financial Fair Play (FFP) would be updated.

"We will make football fairer, we will adapt the FFP rules to establish a new European balance: the initial objectives of FFP have been achieved ... finances are healthier than ever."

Under UEFA statutes, Ceferin, as the only candidate, was voted in by acclamation -- a round of applause -- from the delegates of the 55 member associations.

He was first elected in September 2016 to replace Michel Platini after the former France midfielder was banned by FIFA for ethics violations. Platini denied any wrongdoing.