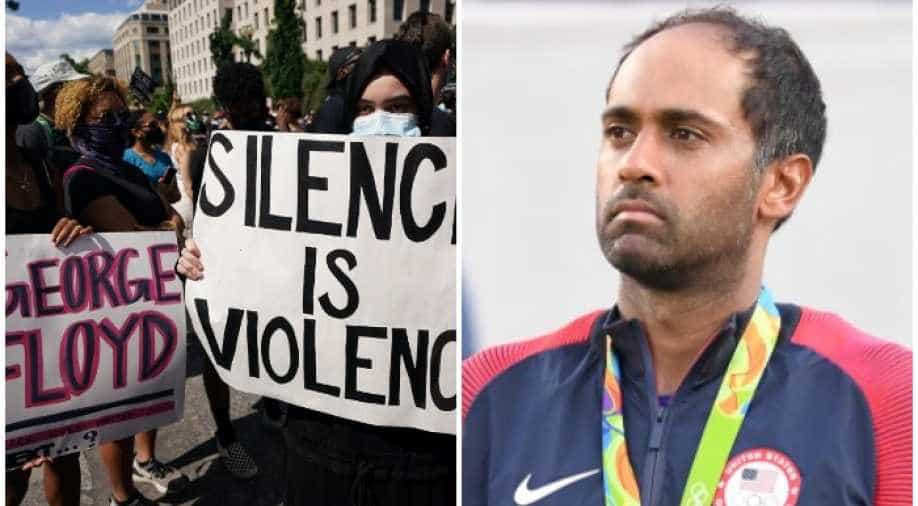 The US has been rocked by heavy nationwide protests with demonstration asking for an end of police brutality against blacks after videos of an unarmed African-American man named – George Floyd – being knelt on by police for almost nine minutes went viral on social media. Floyd died while the policeman kept a knee on the unarmed and handcuffed’ s neck.

Ram further described how protests have taken a violent turn in Indianapolis where looting and vandalism have been taking place.

“Here in Indianapolis, some of the protests have taken a violent turn. There has been some looting and vandalism. I don't know if the situation here is as bad as we see in some of the other cities, but it certainly is an incredibly troublesome time in America. I don't know if anyone alive has seen times like these, with the coronavirus and the nationwide protests. There was a curfew imposed here the other night from 8 pm to 5 am and I don't ever remember that happening.”

Sports personalities like Tiger Woods, Lewis Hamilton, Michael Jordan, Chris Gayle, Jadon Sancho, Serena Williams, Coco Gauff, among many others have spoken about the horrific incident against Floyd and racism in general.

Ram, who became a national hero for the US after bagging an Olympic medal in Rio Olympics, is of the view that hardest times bring out the best in people, hence sometimes protests like these are needed to get to the bottom of things. He added that sports don’t discriminate on the basis of race, country or gender and it is a great lesson for all.

Yes, these are definitely troubling times. I am fortunate that I have never been subjected to racism in my life but that doesn't mean it doesn't exist. Turning a blind eye to racism just because it doesn't affect you directly is as bad as denying its existence. Racism is a real issue and we are seeing it on a regular basis. Sometimes, it takes protests like these to get to the bottom of things. I don't know if this will bring about real change, but the George Floyd killing is not a one-off incident, racism is a major issue in the country.

"It hasn't shown America in the best light but I also believe that the hardest times bring out the best in people. Athletes all over the world, regardless of colour, creed or nationality have raised their voice against racism and injustice and we have gotten to see the beauty of sport. Sport transcends borders and doesn't discriminate on the basis of race, country or gender, it's a great lesson for people all over the world.