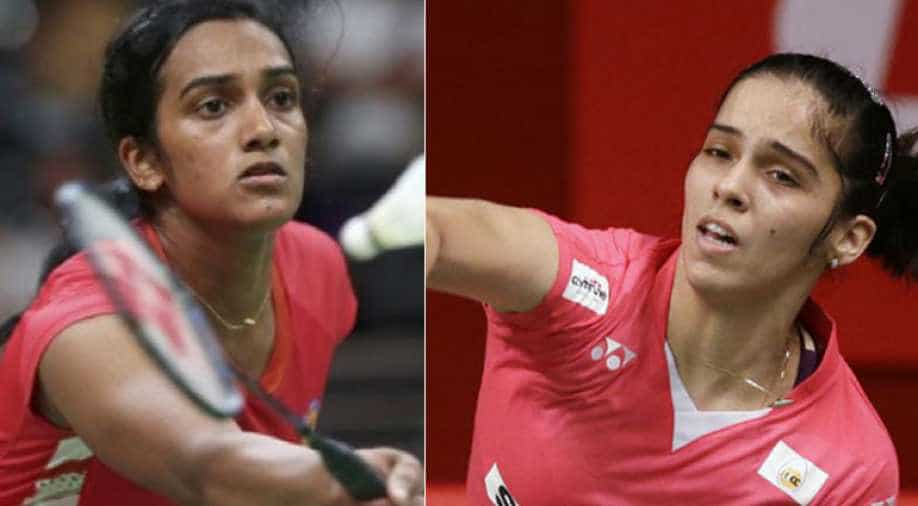 Sindhu eased past Takahashi Sayaka of Japan in straight games while world number nine Saina had to work hard in her bid to get the better of China's Han Yue.

Top Indian shuttlers PV Sindhu and Sania Nehwal notched up contrasting wins to advance to the second round of the Asia Badminton Championship here Wednesday.

Olympic and world championship silver medallist Sindhu eased past Takahashi Sayaka of Japan in straight games. Sindhu looked in command from the beginning and registered a thumping 21-14 21-7 victory in just 28 minutes. The fourth seed Indian will next face Choirunnisa of Indonesia.

World number nine Saina had to work hard in her bid to get the better of China's Han Yue. The seventh seed Indian came back strongly to pull off a thrilling 12-21 21-11 21-17 win after conceding the first game. The London Olympic bronze medallist will next square off against Kim Ga Eun of South Korea.

In the men's singles, Sameer Verma notched up a hard-fought 21-13 17-21 21-18 victory over Sakai Kazumasa of Japan. The Indian survived a scare after losing the second game but, after struggling for an hour and seven minutes, he trumped the Japanese. The world number 15 Indian will next face Hong Kong's Ng Ka Long Angus.

It was the end of the road for the men's doubles pair of M R Arjun and Ramchadran Shlok, who went down 18-21 15-21 to the Chinese duo of He Jiting and Tan Qiang.

Later in the day, Kidambi Srikanth will be up against Indonesia's Shesar Hiren Rhustavito in the men's singles and Pooja Dandu-Sanjana Santosh and Aparna Balan-Sruthi K also have their women's doubles matches scheduled.