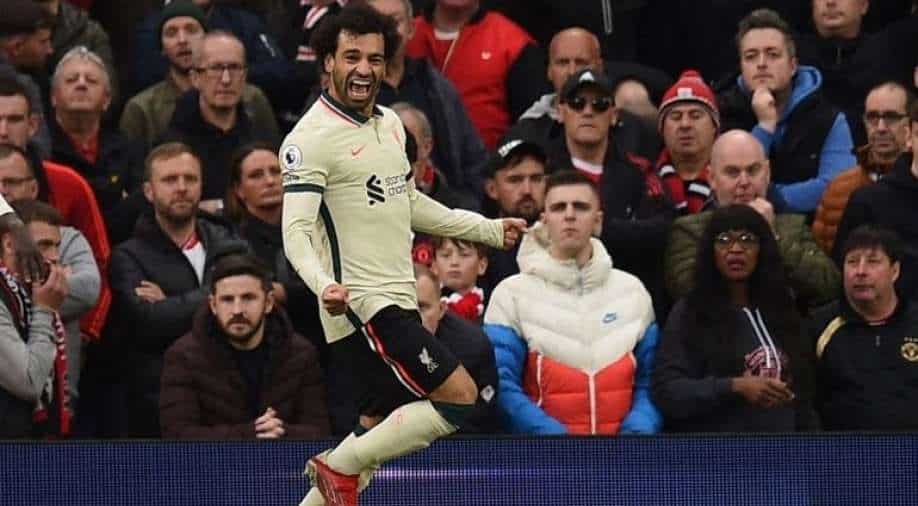 The Egyptian striker Salah scored a goal in the first half, giving Liverpool a comfortable lead, he then went on to complete his hat-trick in the 50th minute of the game as Liverpool gained a 5-0 lead.

Mohamed Salah hailed a "big win" for Liverpool as the Egyptian forward's hat-trick inspired a 5-0 victory against humiliated Manchester United at Old Trafford on Sunday.

Jurgen Klopp's side ran riot in the 202nd meeting of English football's biggest rivals. Naby Keita and Diogo Jota put Liverpool two goals ahead early on before Salah turned on the style with his treble.

United played most of the second half with 10 men after Paul Pogba was sent off in a chastening afternoon for Ole Gunnar Solskjaer's team.nIt was Liverpool's biggest ever win at Old Trafford and their largest success against their old foes at any venue since 1925.

"I think it is great to win 5-0 here, we knew before the game it would be tough if we did not play our game," Salah said.

"We knew they will come and try to give everything so we had to give 100 percent. "We just tried to play our football and play in between the lines to create more chances. We did that and were lucky to score. As long as the team keep winning I am happy and to give my best to the team to win. The first goal I gave to Naby Keita to score."

Salah is the first away player to score a treble at Old Trafford since Brazil legend Ronaldo in 2003.

Liverpool are second, just one point behind leaders Chelsea, and look poised for a sustained assault on the English title currently held by Manchester City.