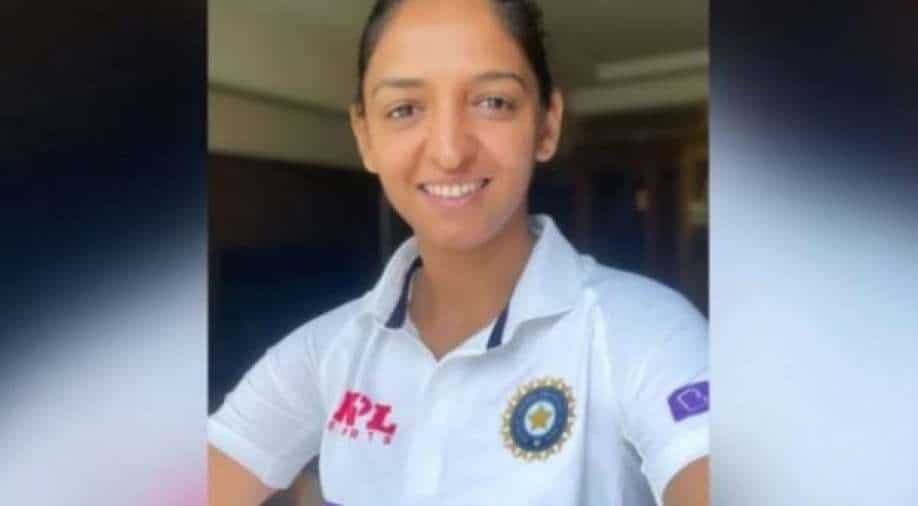 India Women will kick-start their one-off Test against England Women on June 16 at Bristol with the much-awaited match in the longest format of the game coming for the Mithali Raj-led outfit after a long gap of almost seven years.

India Women will kick-start their one-off Test against England Women on June 16 at Bristol with the much-awaited match in the longest format of the game coming for the Mithali Raj-led outfit after a long gap of almost seven years.

India Women’s Test vice-captain Harmapreet Kaur on Monday addressed a range of questions ahead of the Test as she revealed that players have picked the brains of men’s Test deputy Ajinkya Rahane ahead of the game against England.

India are also scheduled to play three ODIs and as many T20Is against England after the one-off Test.

"I have not played much of red-ball cricket, I have played just two Tests. This time we got a chance to speak to Ajinkya Rahane, we picked his brain on how to bat in the longer format, mentally we are prepared. Even in the nets, we try to be in the right frame of mind. When you are happy, you play good cricket. We try to play to our strengths. We had an easy and friendly talk with Rahane, he is very experienced, we had a chance to talk to him and we did exactly that," said Harmanpreet during a virtual press conference on Monday.

India head into the Test without much preparation. Having only spent some time at the nets, the team hasn’t had ideal preparations before the highly anticipated match.

"I know we did not get much time to prepare, we did not get enough time to practice but as players, we need to adapt. Wickets here are different, today and tomorrow, we need to do the needful to prepare ourselves. Well, it is totally different scenario when you play red-ball cricket, it is important to get used to the conditions. We did not get domestic games with the red ball, but in the coming years, we will get more red-ball games," she added.

Harmanpreet also recalled the last Test match played between India Women and England Women in 2014 wherein the former came victorious with a six-wicket win. While Harmanpreet didn’t get many runs in the match, it was Mithali Raj, Jhulan Goswami, Niranjana Nagarajan and Smriti Mandhana, who returned with valuable contributions with bat and ball.

“We have very good memories from our previous Test in England. The last partnership between Shikha Pandey and Mithali Raj was crucial and overall it was one of the memorable experiences,” Harmanpreet said.

When asked about the possible impact of Jhulan Goswami in the Test match, Harmanpreet said: "Well, Jhulan is someone who always takes the lead, she is always special for us. She will always give us breakthroughs whenever we need them. In Tests, you need breakthroughs, and you need someone who can deliver the wickets. I think she will be fantastic in this Test match as well."