Opinion: How Osaka suffered because of Serena's feud with umpire 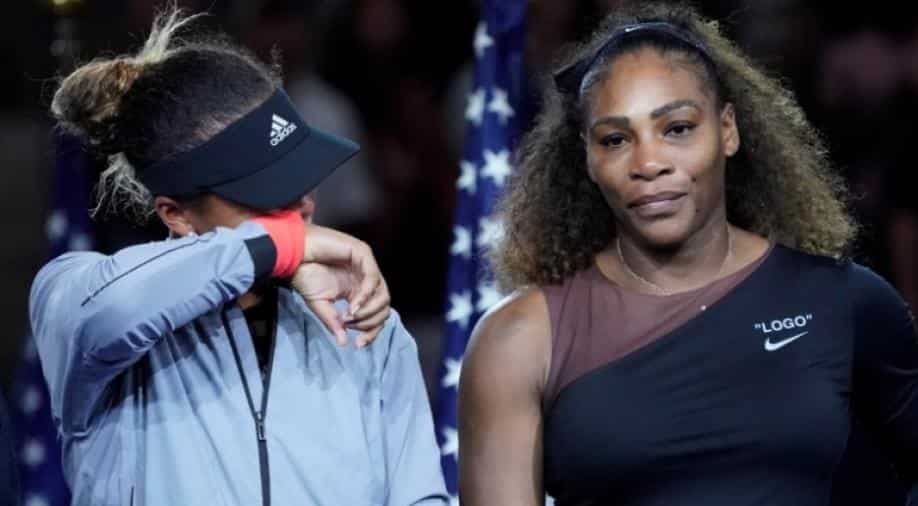 Naomi Osaka of Japan (L) cries after the crowd booed during the trophy ceremony following the women's final of the 2018 US Open tennis tournament. Photograph:( Reuters )

Since weekend, the controversy about Seren Williams’ outburst at the US Open finals has grabbed attention of sports enthusiasts the world over. But a gentle reminder to those who are avidly consuming the news: The US Open final was more about Naomi Osaka and her historic victory in the finals, rather than Serena’s loss and her verbal spat with the umpire.

But her miraculous victory was bewitched by a controversy that saw Serena pointing fingers at chair umpire Carlos Ramos, calling him a liar and clenching her fist.

Osaka, the 20-year-old who won her first Grand Slam, had to confront an unwanted situation.

During the match, Serena had a heated argument with Ramos and was handed a coaching violation and a point penalty for breaking her racquet.

Now, the debate will continue for a long time that who was wrong, Serena or the umpire? But a person who suffered unnecessarily was Osaka.

It must have been like a dream come true moment for Osaka, playing her first Grand Slam final and that too against one of the world's greatest tennis player and her childhood idol, Serena Williams.

Sad but true, her epic victory turned into a worst nightmare when she was booed while collecting the title.

During the presentation ceremony Katrina Adams, chairman and president of the USTA said, "Perhaps it's not the finish we were looking for today."

She added, "Serena, you are a champion of all champions."

The achievements of Serena Williams, a name that will be remembered not only by tennis fraternity but by the entire sports world, are mammoth and formidable but it does not mean that others will be sidelined.

"I know that everyone was cheering for her and I'm sorry it had to end like this," said the well-deserved champion.

Chocked in tears, she covered her face with a black visor and NEVER SMILED until the ceremony ended.

The tennis fraternity needs to remember that Grand Slams are not ruled by a few chosen ones. The young newcomers should be encouraged more to secure the future of tennis.

It is alarming the way Osaka's win has been treated, instead of chivalry she received consolation and it will demotivate many tennis aspirants.

The fans and spectators must get over the few regular names when it comes to tennis otherwise, if such things keep on happening on a regular basis, the young bright talents will lose their sparkle in front of the ever-shining stars.