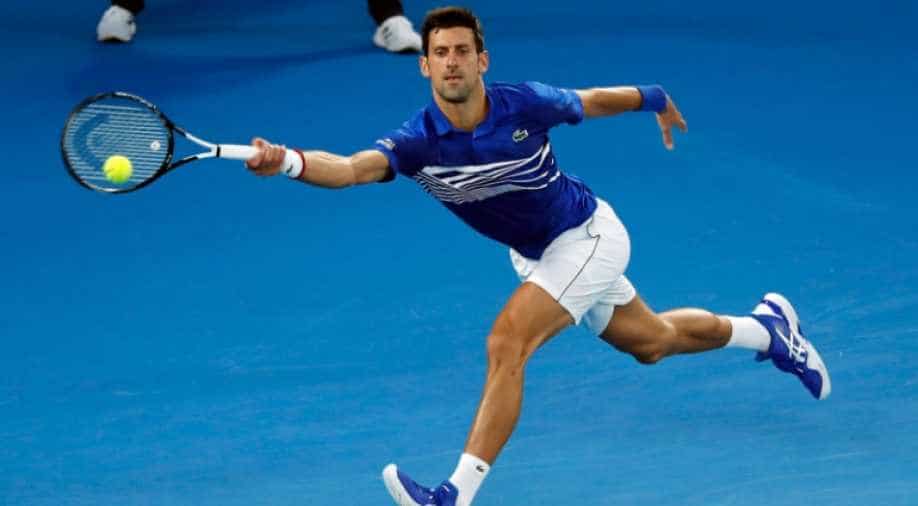 World number one Novak Djokovic dismissed any suggestion of friction with Roger Federer and Rafa Nadal as tennis politics spilt over to the Miami Open.

Tension between the three biggest names in men's tennis appeared on the rise after Djokovic, president of the ATP Player Council, rebuffed a request by Federer to meet during the BNP Paribas in Indian Wells earlier this month to discuss the future of ATP chairman Chris Kermode.

Despite a tenure which brought record prize money and growth, Kermode was ousted as ATP chief when players' representatives on the ATP Board failed to endorse an extension of the Englishman's contract.

As head of the 10 member Player Council Djokovic had been pushing for change while Federer and Nadal backed Kermode or at the least felt the issue needed more discussion.

"I saw Roger today, we were in the opening ceremony cutting the ribbon on center court," said Djokovic during his pre-tournament press conference on Wednesday. "We had a small chat there was no time to talk about the political stuff.

"That is hopefully something we will have time in the next few days to go through.

"It's not necessary for you guys to create any tensions between us. In contrary I have a very good relations with both of them."

With Kermode's status decided Federer said on Wednesday that he is still willing to talk to Djokovic but with the decision made saw no urgency to meet.

"A lot of stuff has been decided already so we'll see if this week is going to happen or not but we are not chasing each other at this point," said Federer. "If it happens, it happens."

For his part Djokovic appeared eager to wash his hands of the entire affair reminding everyone that it was the three players representatives on the ATP board that voted not to renew Kermode's contract and not the Player Council, which was only part of the discussion.

The Serb added that if Federer and Nadal have opinions they were welcome to share them with the Player Council at any time.

"The player council is only part of the structure," said Djokovic. "We are not part of the board or deciding anything that is voted on later on.

"We are in consultation and collaboration with our player board representatives.

"Board members are the ones voting on what they think is appropriate for the players side.

"Federer and Nadal have been icons of our sport for so many years and their opinions are extremely important to everyone.

"If they want to be active and part of it, either officially or unofficially, I think it's only positive news for us."