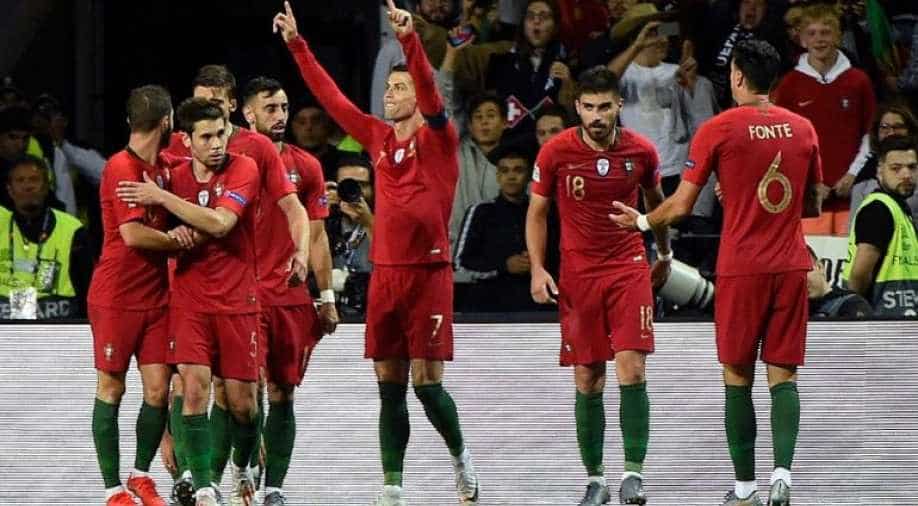 Netherlands are all set to vie against Portugal for the Nations League final and former's Virgil van Dijk feels that it is not only Cristiano Ronaldo that they are going to face but 'great Portugal' side.

"We'll see. It's not only Cristiano Ronaldo we're going to face, we face a great Portugal. We will see what's going to happen," Goal.com quoted Van Dijk as saying.

Both Netherlands and Portugal registered a 3-1 victory in the semi-finals against England and Switzerland respectively to secure their spot in the final.

Van Dijk is enthused about the final and stated that they are going to give everything.

"I'm looking forward to playing this final with this team, and we`re going to give everything that we can to hopefully hold that trophy in the end and do everyone proud," he said.

Ronaldo scored a hat-trick in the semi-final against Switzerland and Van Dijk is considered as one of the best defenders.

Therefore, the fans will witness a compelling clash between the two.

Van Dijk also eulogised Portugal teenager Joao Felix and said, "I watch football as well, I've seen the Europa League. Everyone has seen him. He's a big talent for them. He has a bright future in front of him if he stays humble and keeps working hard."

Netherlands will compete with Portugal in the Nations League final on June 10.