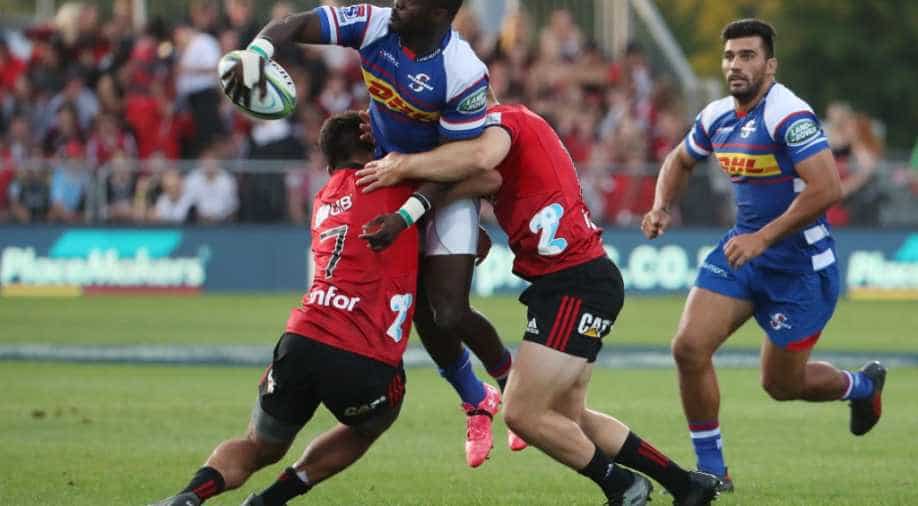 Named Super Rugby Aotearoa -- the Maori name for New Zealand -- the competition will kick off on Saturday, June 13, when the Otago Highlanders face Waikato Chiefs in Dunedin. The Auckland Blues will play the Wellington Hurricanes the next day

The five-team competition will have two matches each week over 10 rounds, with games played without fans while coronavirus rules continue to prohibit mass gatherings.

Australia are weighing a similar five-team domestic competition, although no firm start date has been announced.

Public broadcaster ABC reported that the Perth-based Western Force -- who were axed from Super Rugby at the end of the 2017 season -- would return as the fifth Australian team.

The competitions are temporary replacements for the southern hemisphere's 15-team Super Rugby championship which also features clubs from South Africa, Argentina and Japan.

"The thought of five world-class Kiwi teams battling it out in 20 matches over 10 weeks should put a smile back on the faces of many people," New Zealand Rugby chief executive Mark Robinson said.

"I know our players are excited and I'm sure rugby fans will be as well."

The competition was made possible after New Zealand on Monday announced it was phasing out a seven-week lockdown that has helped contain COVID-19.

These include daily symptom and temperature checks for everyone involved, charter flights to matches, as well as measures to help contract tracing if there is an outbreak.