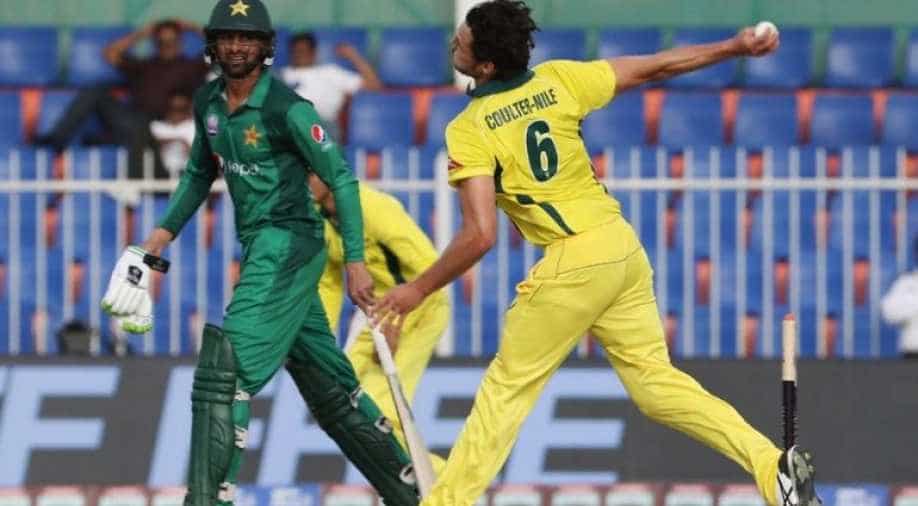 Australia has warned Chris Gayle and company to be ready for 'chin music' when it takes on West Indies in its second ICC World Cup game at Trent Bridge, Nottingham on Thursday.

Australia pacer Nathan Coulter-Nile said they are ready to give West Indies a taste of its own medicine - bouncers - to keep Gayle and company in check.

"You've got to give it (bowl bouncers) to the Windies, otherwise they just get on the front foot and pogo you everywhere," said the right-arm quick after Australia's seven-wicket win over Afghanistan in its World Cup opener here on Saturday.

"We'll definitely give it to them - we give it to every team. You've got to use your two (permitted bouncers per over).

"The grounds are so small and the wickets are generally pretty flat, so you've got to use bouncers when you can," he added.

Coulter-Nile's statement came close on the heels of West Indies' devastating fast-bowling display against Pakistan, bundling out the opposition for just 105 in 21.4 overs.

Coulter-Nile said Australian bowlers need to be aggressive upfront against a batsman of Gayle's calibre.

"Oh Starcy (Mitchell Starc) will knock his off pole out. It will be easy," he said jokingly about the 39-year-old Gayle.

"You know he's going to hit your good balls for four and hit your bad balls for six. Just keep as bowling as many good balls as you can we'll stick a few up him.

"I think you just need to be aggressive at him. He's still smacking them but he is getting older. I don't know if he's faced too much of Starcy and Paddy (Pat Cummins) recently but they're bowling quick. So we'll see how he handles that early," Coulter-Nile added.