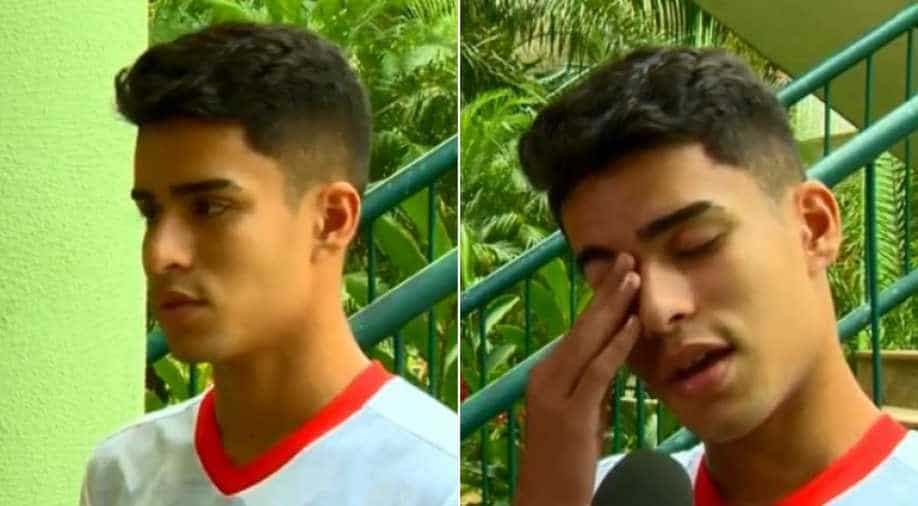 Matheus was meant to stay in the dorms on the night of the fire but when training was cancelled his mother insisted he return home.

Brazilian football was in mourning on Friday after 10 people died when a fire ripped through a youth training facility at the country's most popular club, Flamengo.

While a 15-year-old player Ryan Matheus had a narrow escape as a phone call with his mother saved him when the pre-dawn blaze in Rio de Janeiro hit a building that housed players aged 14 to 17.

Matheus was meant to stay in the dorms on the night of the fire but when training was cancelled his mother insisted he return home.

"Training in the morning was cancelled so my mother insisted that I go back home. I was meant to leave (the club) after lunch but she insisted that I come back," said Matheus.

"Then I received a lot of calls, messages from friends thinking that I had stayed there (at the club)."

"We (youth players) spent time together everyday. No, it's going to be very empty without them," he added.

The Rio de Janeiro mayor's office said the dormitory destroyed by the blaze was built on land that was not registered for buildings and that the club had no permission to erect lodgings there.

Like many professional clubs in football-crazed Brazil, Flamengo has a youth development program for promising young players in their early teens, with many staying at the facilities while training.

Flamengo is arguably Brazil's most famous club, with an estimated 40 million fans nationwide.