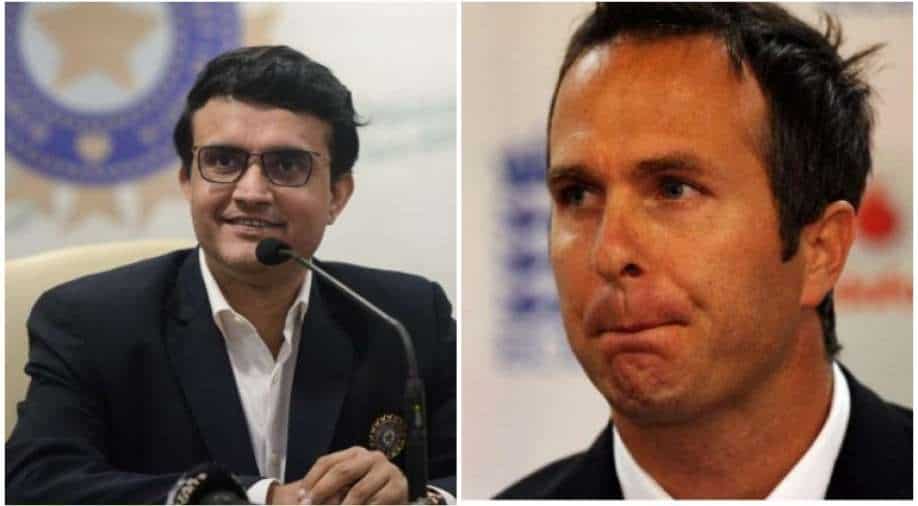 Former England captain Michael Vaughan reacted to Sourav Ganguly's claim of Team India being 'far ahead than the rest' after The Oval Test win.

Virat Kohli-led Team India defeated England on Day 5 of the fourth and penultimate Test by 157 runs to go 2-1 up in the series. With an unassailable lead, India will now look to go a step further and win their first-ever Test series on English soil, after 2007, when the fifth and final Test kicks off at Old Trafford, Manchester on September 10 (Friday).

Day 5 resumed with all three results possible as England were 77 for no loss, in pursuit of a challenging 368. However, Indian bowlers kept the pressure on in the opening session without leaking runs at will and claimed two wickets. Post lunch, Jasprit Bumrah's twin strikes, Ravindra Jadeja and Shardul Thakur's key breakthroughs and Umesh Yadav's 3-fer derailed England's progress as they slipped from 141-2 to 193-8 before being bundled out for 210 in 92.2 overs.

After the win, BCCI chief and former Indian captain Sourav Ganguly lauded Kohli & Co. for their overall efforts and wrote on Twitter, "Great show ..The skill is the difference but the biggest difference is the absorbing power of pressure..indian cricket is far ahead then the rest @BCCI."

Michael Vaughan, on the other hand, partly agreed with Gnaguly's remark and wrote: “In Test cricket .. not White ball cricket”. In a way, Vaughan reminded Ganguly of England's supremacy in white-ball cricket at the moment. Eoin Morgan & Co. are the ODI world champions and strong contenders for the upcoming T20 World Cup, in the UAE.

Being asked to bat first at The Oval, India were all-out for 191 in the first essay. In reply, England managed a 99-run lead but India came back strongly riding on Rohit Sharma's 127, fifties from Cheteshwar Pujara, Rishabh Pant and Shardul Thakur to setup a 368-run target. England fell like nine pins from the second session on Day 5 to lose the contest by 157 runs and concede a 2-1 lead to the visitors.