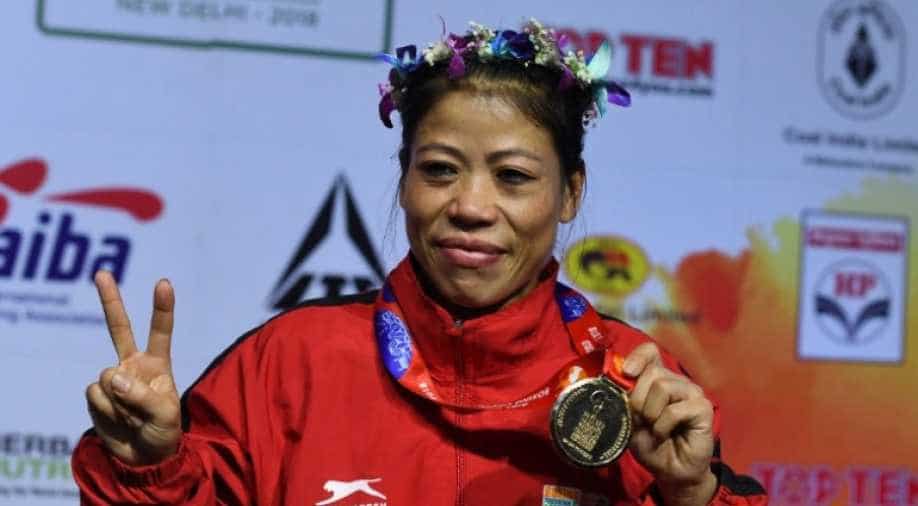 Mary is the most successful boxer in the history of Women's World Championships with an incredible six golds and one silver in the tournament.

With this gold, 'Magnificent Mary' has also matched Cuban men's legend Felix Savon as the joint most successful pugilist (men and women) in the World Championships history.

After winning the title, the 35-year-old recalled her struggle and pain of competing at a higher weight category in the Olympics.

"I am a little bit emotional. There is no (48kg) weight category in the Olympic Games. Because of your love and support, I feel I will be able to qualify for 2020 Tokyo Olympics. Four years ago, I was not able to qualify for Rio. I am still suffering from that," she said.

"Thank you for your love and support. I don't have anything to give except for a gold in the country. I know it will be a bit difficult for me to win a gold in Tokyo as I will have to fight in 51kg."

Mary Kom claimed a bronze at the 2012 London Games.

"... Because of their reach, the taller boxers (who will be in 51kg) will have advantage. But I am still dreaming about winning the gold in 2020 Olympics."

"I can't give you anything apart from GOLD for India," she said with tears.

Terming the boxer's achievement as a proud moment for Indian sports, Modi said the diligence with which she had pursued sports and excelled at the world stage was extremely inspiring. "Her win is truly special," he tweeted.

A proud moment for Indian sports.

Congratulations to Mary Kom for winning a Gold in the Women’s World Boxing Championships. The diligence with which she’s pursued sports and excelled at the world stage is extremely inspiring. Her win is truly special. @MangteC

The last time she won the top prize in the showpiece was in 2010, in Bridgetown, Barbados.

Savon, who also won three Olympic gold medals during his illustrious career, won six gold and one silver in heavyweight in the World Championships between 1986 and 1989.