Mary Kom exits Olympics, but will remain a living legend of Indian boxing 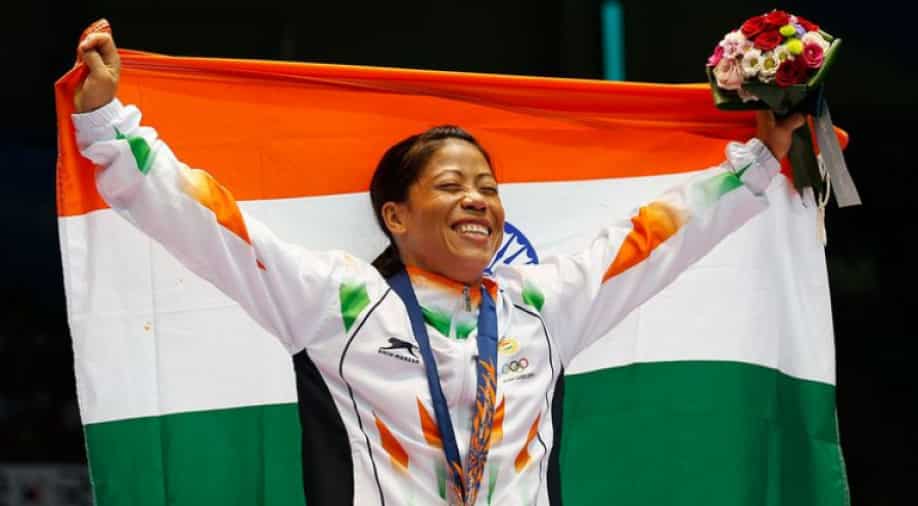 The six-time titleholder isn't just an inspiration for the budding boxers in India but also for those vying in various other sports.

Mangte Chungneijang Mary Kom was born in November 1982 in Churachandpur, Manipur. Nobody would have imagined that this child would one day go on to become a legend in Indian boxing.

Mary Kom fought against all odds to live her dream. Her journey started in 2001 when she won her first national title at the National Boxing Championships.

Mary Kom is the only woman to win the World Amateur Boxing Championship for a record multiple times. Her first win came in Antalya, Turkey in 2002.

Her consistency in these titles has been unrivalled. She has won a medal in every single one of the initial seven World Championships. The lone female boxer to do as such.

Now a name that has broken all boundaries, Kom has been India's leading boxing heavyweight champion since she secured bronze at the London 2012 Olympics.

Her endeavours in the ring have seen her as one of the greatest brandishing legends, in India as well as around the world.

India is a country that is known for different societies, ethnicities, and languages. Talk about popular sports, and a million individuals will lift their hands to offer their expert inputs on cricket.

However, there are many stars in other sports. These individuals have quietly overcome all obstructions and excelled in their particular fields.

Mary Kom is one such name. A mother of four children, the 38-year-old proceeded with her boxing profession despite all odds.

The six-time titleholder is not only an inspiration for the budding boxers in India, but also for those vying in various other sports.

Mary Kom likewise turned into the first female boxer to win gold at the 2018 Commonwealth Games. She won the medal in the light flyweight class at Gold Coast, Queensland.

Mary Kom has won eight World Championship medals. No other boxer either male or female in this world holds such an accomplishment.

She has won six gold, one silver, and one bronze in the opposition in her famous lifetime. The last one came in Russia in 2019.

Her global accomplishments have opened entryways for some sprouting women boxers to take up the sport regardless of where they come from.

The veteran is prepping young boxers at her home state-Manipur. The helping-hand approach of Mary makes her a legend in evident terms.

From Olympic medals to world titles and national distinctions, there's practically nothing she hasn't won in her astounding career.

The ascent of the champion warrior is undoubtedly a fairytale.

She is a motivation for the large numbers of female competitors in India and the world over, who dream about becoming wildly successful one day.

Here is bidding her adieu, on her last Olympics.