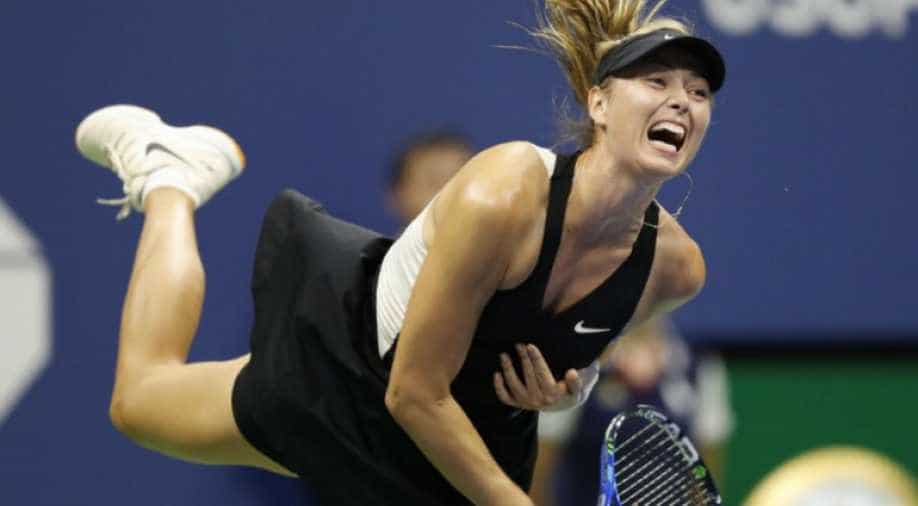 After two weeks enjoying the delights of Mallorca, it was time for business for Maria Sharapova on Tuesday as she launched her comeback from a six-month injury lay-off in style.

The Russian five-times Grand Slam champion struggled for rhythm initially on the low-bouncing grasscourt at the Mallorca Open but picked up the pace to beat Viktoria Kuzmova 7-6(8), 6-0.

It was a small step for the 32-year-old who will face reigning Wimbledon champion and top seed Angelique Kerber in a standout second-round match at the Santa Ponsa Tennis Club.

Kerber, who suffered an ankle injury during the claycourt season and lost in the first round at the French Open, beat Belgian qualifier Ysaline Bonaventure 7-5, 4-6, 6-2.

Former world number one Sharapova admitted there is still much to work on but was encouraged by her display in negotiating a tricky opening round - her first competitive match since the St Petersburg Open in January.

There were a few double faults in the first set but the right shoulder that has caused her so much trouble in the past and needed minor surgery in February appeared to hold up.

She saved two set points in the opener but allowed her opponent, ranked 39 places higher than her at 46, only six points in the second as a large crowd, which included tournament referee Toni Nadal, watched under a blazing sun.

It was the 2004 Wimbledon champion's first win on grass for four years in only her second match on the surface in that time.

"It was nice to get a victory," she told reporters.

"It's been a while since I've been out there so it felt really good to go through a few things I've worked on and get the arm into action again. There's a lot to work on but I had to start somewhere."

Wildcard Sharapova said she felt "optimistic" about the shoulder that needed minor surgery in February and did not feel anything "too sharp" during the match.

With rain falling elsewhere in Europe, Mallorca appeared a wise choice as a starting point for a suspect shoulder but it was not all smooth for wildcard Sharapova against Kuzmova.

The Slovak broke to lead 6-5 in the first set as Sharapova served three double-faults. Sharapova broke back immediately to force a tiebreak but had to fend off a set point at 6-7 and another at 7-8 before sealing the set when Kuzmova missed a forehand.

A confident Sharapova romped through the second set.

Victoria Azarenka, the third former world number one in action on the day, was beaten 1-6, 6-4, 7-5 by Caroline Garcia.